In Lombardy, as widespread in the tradition of Northern Italy, the Christmas lunch par excellence is considered the one of December 25. Many traditional dishes that from a lifetime accompany the festivities of this people making the classic family lunch one of the most important moments of the year. Typical appetizers of the Lombardia tradition are mainly platters of cold cuts and cheeses that vary in their composition depending on the geographical location. From the Slinzega Valtellinese, to the Salumi Cremonesi or Mantovani without forgetting the Gorgonzola , the Bitto and the Grana Padano. Quality products to accompany with mustard and jams of all kinds. Another typical  appetizer are "Nervetti": bovine cartilage boiled for hours with celery and carrots cut into cubes and served in salad. 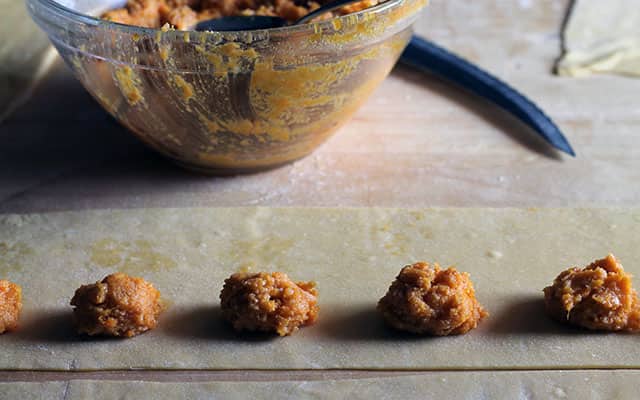 The typical Christmas dishes of the Lombard tradition are mainly two: the "Casoncelli" from Bergamo and the "Tortelli di zucca" form Mantova. Do not forget the rice symbol of Lombard cuisine cooked with saffron or mushrooms. The "Casoncelli" are a dish of ancient origin of the Bergamo tradition made with fresh pasta, shaped like a crescent, filled with meat or other ingredients such as cheese or vegetables. Once seared in boiling water for a few minutes they are cooked in a pan in the traditional sauce made with butter, bacon and sage. There are different variations of this recipe also in the area of Bresciano. Pumpkin Tortelli are instead typical of Mantova cuisine. They too are made with fresh egg pasta and are filled with a dough that sees as the protagonist the famous local pumpkin, amaretti, cheese and mustard. The aim is to create an unmistakable sweet and sour flavor to accompany with a simple seasoning butter and sage. 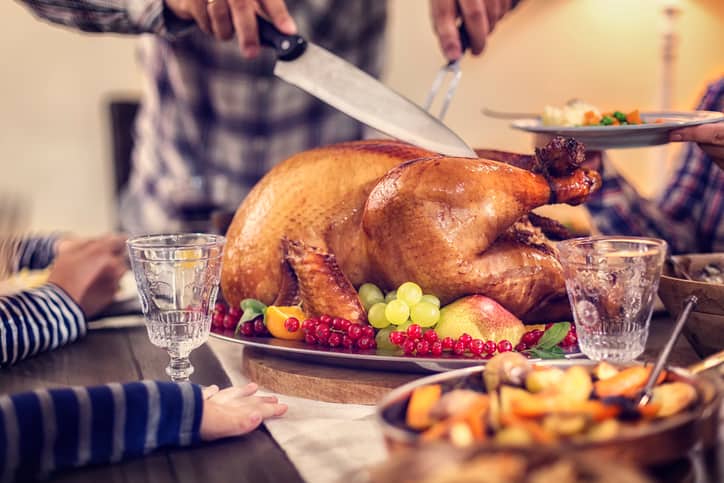 The meat dishes of the Lombard tradition are different. Let’s start with the stuffed capon, historical symbol of the Christmas lunch. The capon, also used for the production of meat broth, is traditionally stuffed with a mixture made with sausage, minced meat, eggs, cheese, ham and spices and then be baked in the oven. Another typical dish of the Lombard tradition are boiled meats. The boiled meat is a dish suitable for the colder temperatures that requires the cooking of meat, for a long time, in broth together with vegetables. Broth that once ready can be used to accompany the raviolini or complete the cooking of a risotto. Several schools of thought on the type of meat to be used, normally beef but are not excluded especially in the area of Cremona pork and chicken. To accompany the boiled nothing better than mustard and the famous green sauce. To conclude, even if more typical of the tradition linked to New Year’s Eve, we should not forget the "Zampone" with lentils, a typical dish of the cuisine of Milan. The "Zampone", alternative to the Cotechino, is the forefoot of the pork cooked in boiling water and served with lentils, symbol of good luck for the new year.

The sweet symbol of Christmas is his majesty the Panettone. A historical dessert that the legend wants to sink its origins in 1400 at the court of Ludovico il Moro when, a distracted cook named Toni, After burning the cake reserved for the guests of the Duke having no alternative offer to diners this bread made at the last minute with the leftovers of his pantry: flour, butter, eggs, peel of creed and some raisins. Present today in a thousand variations and flavors different from pistachio chocolate Panettone, according to tradition, was born with raisins and candied fruit and can be served warm with a delicious mascarpone cream. Other sweets symbol of Christmas in Lombardy are the Torrone from Cremona, recognized with the PGI mark, the Sbrisolona cake from Mantova and the Paradise Cake from Pavia.