50 Shades of Pinot Noir: October 17-18, food and wine tasting in the center of Voghera

Italy land of wines, Oltrepò Pavese land of Pinot Noir. The Movimento Turismo Vini Lombardi uses the historic center of Voghera in a wine tasting set presenting: 50 Shades of Pinot Noir. Pinot Noir will be the Star of this event. 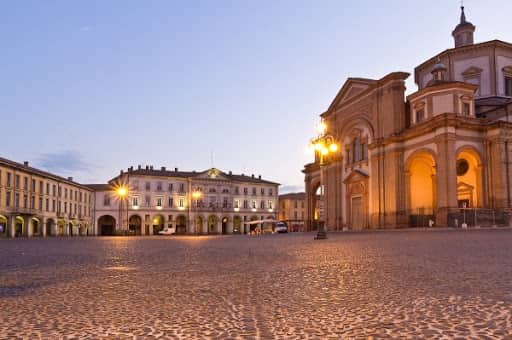 One of the most famous wines in the world, Pinot Noir will be celebrated in the capital of Oltrepò Pavese: Voghera.

The Lombardy Wine Tourism Movement https://mtvlombardia.it/ with 50 SHADES OF PINOT NOIR wants to pay homage to the STAR of wines, dedicating an exclusive two-day event to it, among the enchanting streets of the historic center and the romantic arcades of Piazza Duomo of this delightful Lombard town.

If the 50 Shades of the film have become famous, imagine what will happen to Voghera with the 50 Shades of Pinot Noir: 50 different types of wine can be tasted, presented by their "creators". An unmissable kermesse Made in Oltrepò Pavese.

the event and the competition

On 17th and 18th October, the most important widespread tasting event that Voghera has ever hosted will be staged, a sort of end-of-harvest party in the shops of the center of Iriense.

The city center will become a small Bordeaux, the streets will turn into a colorful winemaking village, because in addition to the tasting, there will be a competition between the various shops in the center, which for days have been in turmoil for the preparation of this. event!

The "Most beautiful window" will be voted and awarded.

Each shop will be combined with a cellar that will present its own Pinot Noir, the shops will have to prepare with imagination, making their showcase unique to welcome the participants in the "global" tasting.

A national jury, made up of experts in the wine, fashion and interior design sector, journalists and bloggers who will walk incognito to judge and elect the "Most beautiful window" of this event organized by the Movimento Turismo Vino in Lombardia, the first of many, since editions are already planned in every season of the year.

Another competition will be: "Recognize the intruder"

In fact, among the many Pinot Noir there will also be a different wine!

Who will recognize it, will be rewarded.

A real "food and wine walk" with the doors of the shops open, with wine barrels that will mark the route, and each with their own glass, in a Pinot Noir tour in the city.

There will be no lack of gastronomic delights from Voghera:

An autumn weekend in Voghera, warming the heart and thrilling the soul with Pinot Noir from Oltrepò Pavese