Chestnuts are the actual queens of Autumn: here are 5 Italian recipes in which they are the stars.

There are many Italian recipes based on chestnuts. This great variety is probably due to the fact that the chestnut tree grows in all regions, from North to South. The simplest recipes involve just eating the chestnuts cooked in various ways (boiled or roasted are the best known ones) or reduced to flour and used to make desserts and pasta, not to mention many combinations for main courses, jams and ice cream. 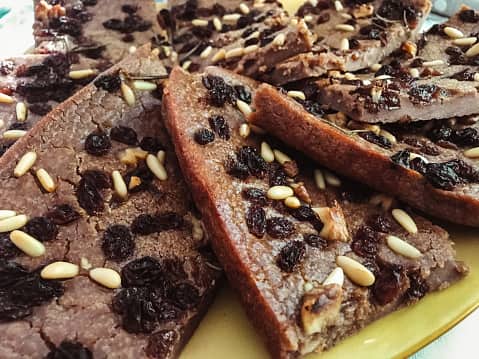 Castagnaccio is a typical Tuscan cake made from chestnut flour. Its origin dates back to the 16th century and it is such an ancient dessert that it has given rise to legends. Eg, it is said that the rosemary needles inside of it are actually a love potion. If given to the person you fall in love with, if this same person eats the chestnut cake made with our hands, he/she should fall in love immediately!

The ingredients used are extremely simple: chestnut flour, sultanas, pine nuts and walnuts, with very little sugar, no eggs and no butter. The ingredients are mixed with water and oil, and the legendary rosemary sprig is used for flavouring. So this cake is also suitable for coeliacs and typically popular because of the few ingredients used making it accessible to everyone. The fundamental element for the success of castagnaccio is the quality of the chestnut flour used, which must be really good.

The perfect 'castagnaccio' must remain somewhat moist. Despite the few ingredients used, what makes it unique is its incredible consistency. Whether the legends about love are true or not, this simple and delicious cake is sure to make anyone fall in love with it! 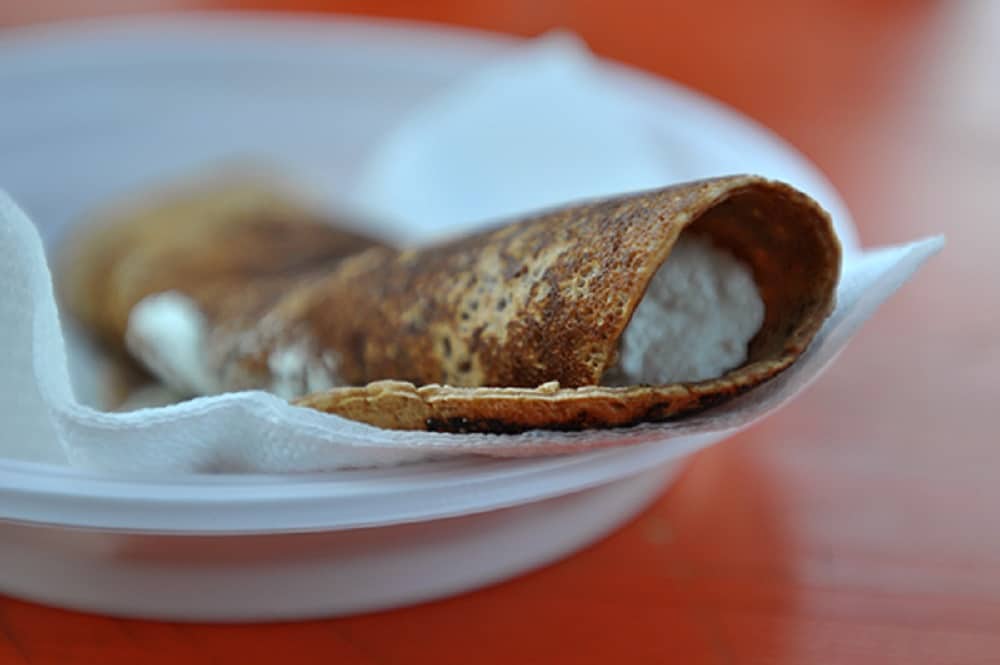 Necci are a traditional Tuscan-Emilian recipe made from chestnut flour, just like castagnaccio. This recipe is, if possible, even simpler because the chestnut flour is simply mixed with water and a little sugar. Necci are not only sweet, but there is also a savoury version. They are quick to prepare and the result is light and tasty, suitable for all tastes and requirements. Unless, for some incomprehensible reason, you don't like chestnuts!

These wafer-thin crêpes, originally from Garfagnana and the Pistoia mountains, are not just filled with sweet ricotta cheese. They could become a more substantial snack if stuffed with sausage or bacon. After all, this is a peasant dish, typical of rural areas, quick to make and belonging to the category of so-called humble cuisine. The tool used for cooking necci is also very characteristic: the traditional 'testi', flat cast-iron pans, used to be greased with lard. Chestnut bread is a traditional food from Calabria, which was mainly used by the poorer populations and is now widespread throughout Italy. It was an alternative product to bread, made with 00 flour (generally more expensive), exploiting the abundance of chestnuts in some areas of Calabria. It was so a means of sustenance for families who could not afford to buy 'classic' bread. Now, however, it has become a sought-after food, produced by skilled artisans. Usually dried chestnut flour is used, but sometimes also the puree of boiled chestnuts.

It was not only the cost of wheat flour that determined the use of the chestnut one: the forced isolation caused by heavy winter snowfalls also forced the inhabitants of some areas to opt for chestnut flour, rather than waiting for the arrival of loads of white flour. 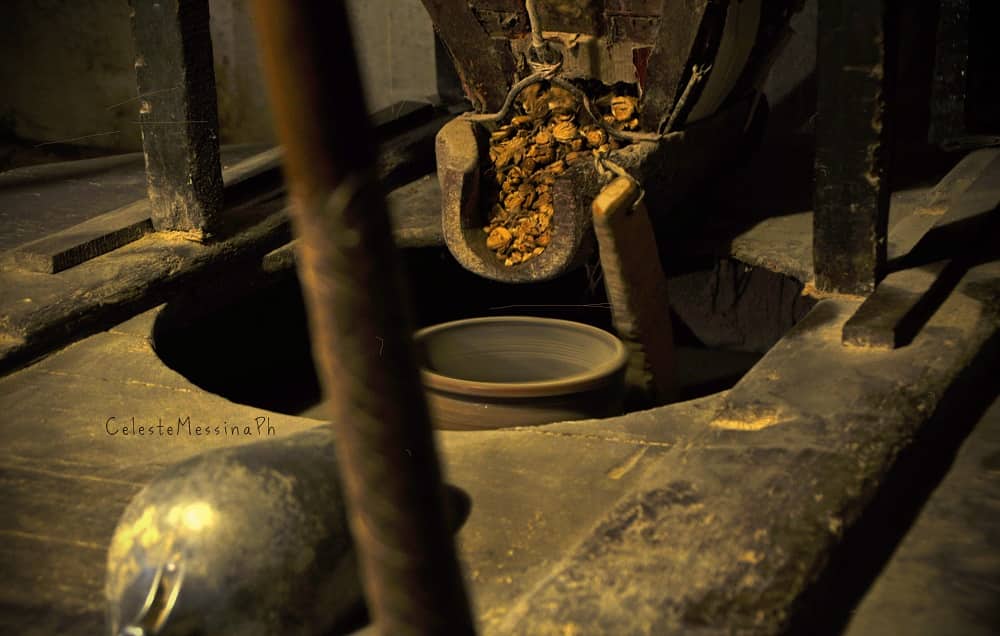 Chestnut polenta is a typical dish from the Tuscan-Emilian tradition. It is easy to make, but a few steps must be followed carefully. It is prepared originally in a pot with a wooden ladle, but more modern preparations also allow the use of a thick-bottomed saucepan.

This polenta needs the simplest of ingredients: flour, water and salt. The traditional chestnut polenta is made with chestnut flour (from the province of Lucca), giving it a generally sweet taste. It is served warm and sprinkled with grated cheese, often in combination with soft cheeses.

Every self-respecting Neapolitan has at least once in life eaten “nu cuoppo allesse”, the legendary paper cone filled with boiled chestnuts, about which even Matilde Serao wrote. A very simple dish of undeniable goodness, but which can also become an 'offensive' expression. "Nu cuoppo allesse', in fact, is also an expression used in Naples to make fun of a friend.

From a culinary point of view, “allesse” is the simplest and best way to prepare chestnuts: these are first peeled and then boiled (“allesse”, precisely), which is different from “ballotte”, meaning instead they are cooked with the whole skin. Chestnuts are boiled in a pot with 2-3 bay leaves and a handful of coarse salt. Cooking takes just under an hour, depending on the size of the chestnuts.