After two years of Covid emergency in which the world of events has suffered a sudden setback today the culture of entertainment rises like a phoenix from its ashes and shows itself bright and innovative on the big screen. Italy parades on the red carpet of international cinema, offering many quality film festivals to return to live show.

The cinema is a high artifice that aims to build alternative realities to real life, which provides him only the raw material.

Cinema is a painted mirror. 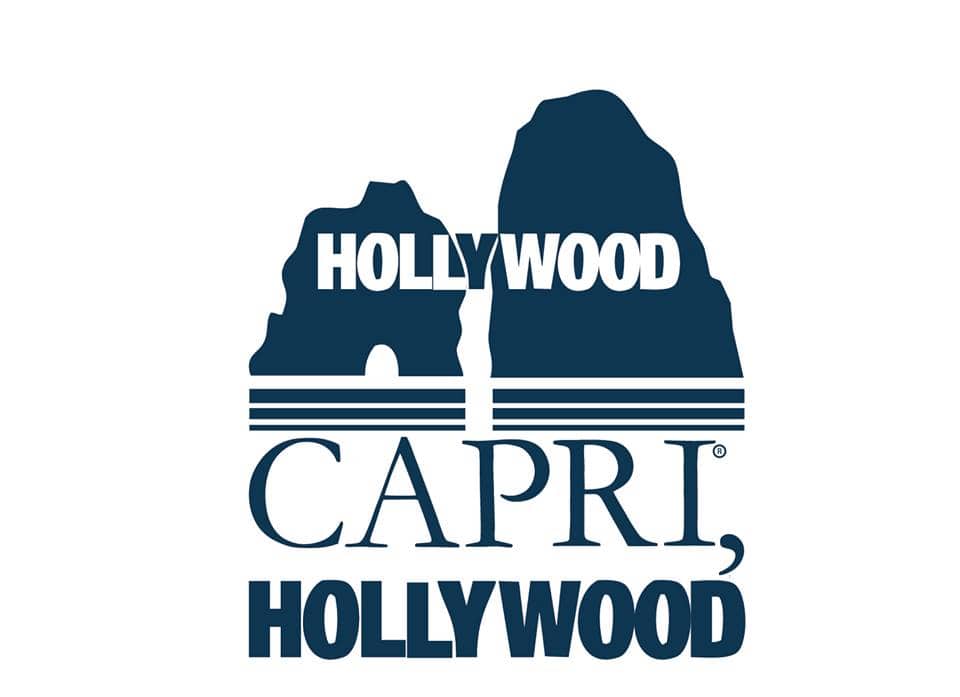 If you are lucky enough to be on the beautiful island of Capri during the days of the New Year you can participate in the International Festival Capri, Hollywood one of the events dedicated to the revival of southern Italy during the winter period. The aim of reaching a high media and cultural profile was largely achieved during the last edition of the festival as demonstrated by the awarding of Ennio Morricone and Quentin Tarantino, honoured with the Best Director award for the film "Once Upon a Time in Hollywood". A festival that in these 25 years of activity has been able to show the close link between Italy and the United States of America, bringing on the red-carpet important names of the show business such as Forest Whitaker, Carlo Verdone, Dario Argento, Brigitte Nielsen, Zucchero and Eli Roth. 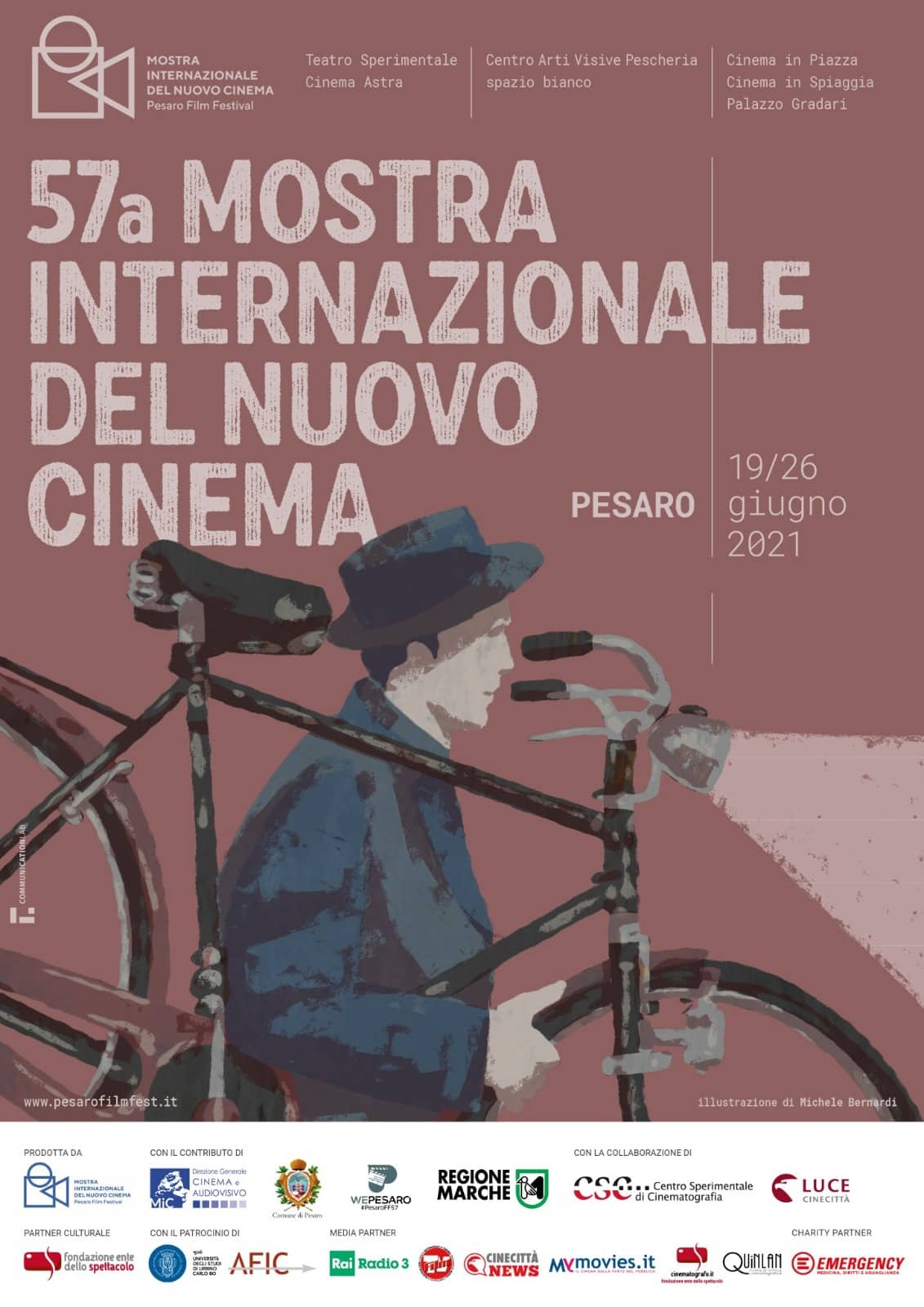 The Mostra Internazionale del Nuovo Cinema di Pesaro, otherwise known as the Pesaro Film Festival, is an elegant film festival that aims to create new paths by sweeping away the dictates of classical Hollywood and supporting the value of film criticism. The films are valued not only for their artistic beauty but also for their scientific relevance, their technique and everything that happens behind the camera. The 57th edition of the Pesaro Film Festival aims to explain the cathartic power of cinema and its importance in shedding a light of hope in a complex and sometimes dark present. 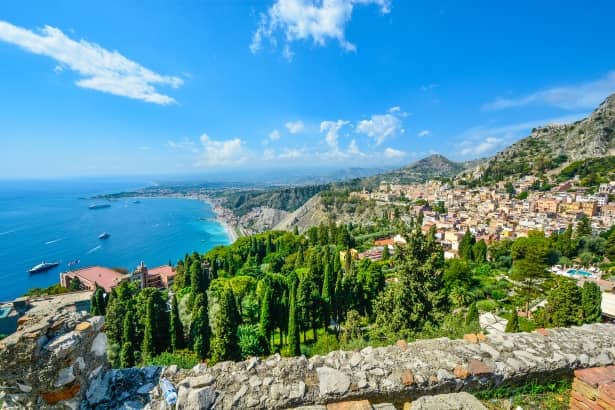 Close your eyes and imagine you are in sunny Sicily on a hot summer afternoon while in front of you the sea resounds with the roar of the waves and behind you the imposing Etna dominates the horizon: once you open your eyes you won't know if what you have seen is the amazing Sicilian landscape or the screen of the equally fantastic Taormina Film Festival. This event was born in the 50s of the last century and has always been a huge success both for the stunning location and for the interesting program of events that it offers: an opportunity not to be missed!

The best way to learn how to make a film is to make one.

The beauties of Italy, its nature, its villages and its art cities become the protagonists of the Ischia Film Festival, which, in the splendid setting of the Aragonese Castle, will offer a wide range of cinematographic artworks from feature films to shorts, from documentaries to tributes. The Ischia Film Festival is the only film competition that puts the wonders of the landscape at the centre of the screen using as a fil rouge of the event just the Italian and international film locations.

In addition to the pleasure of the spectacular shots related to the different territories, the festival also deals with the rights and hopes of the people who live on these lands, socially relevant issues such as natural disasters, wars, local traditions and all the historical peculiarities of the places that lend themselves as a stage for filming.

An interesting film festival in an extraordinary location. 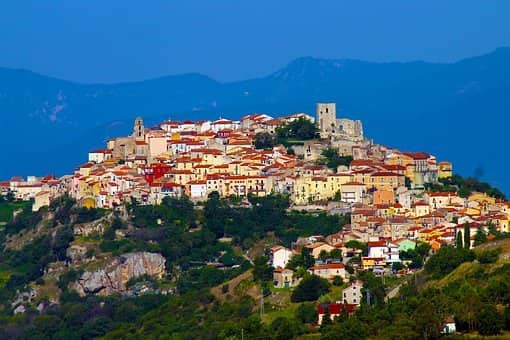 The Giffoni Film Festival is an event that aims to subvert the dictates of Italian film culture, to overturn its rules to generate a real revolution of the gaze. In order to achieve this noble aim the Giffoni Film Festival has chosen to take care of the real promoters of change, the young people: only by recognizing their identity as artists is it possible to give them the self-confidence needed to shake the world of cinema from its foundations. For almost 50 years the Giffoni film festival has been synonymous with innovation, a catalyst for new creative energies and projects directed towards the future; a future that we are sure will manifest itself in all its explosive power during this year's festival in Giffoni Valle Piana in the splendid Campania region.

Cinema is the form of modern writing whose ink is light.

The words used on the occasion of the Eurofilmfest describe precisely what the Umbria Film Festival represents: a cinematographic event of high level that brings the people to animate the city squares during the warm nights of summer and approaches more and more the public to the seventh art. But you don’t think that this "local" dimension makes the Umbria Film Festival an event of second category indeed: important names of the world cinema have participated to the review as Terry Gilliam, Stephen Frears, Colin Firth, Ferzan Ozpetek and great personalities of the Italian cinema as Paola Cortellesi and Giuseppe Tornatore.

This year the Umbria Film Festival will be an unforgettable event and suitable for the whole family thanks to its program full of events that will take place in the enchanting hill town of Montone, free screenings, shorts for children, international previews, exhibitions dedicated to cinema and much more!

Is the most exciting festival in the world. The Social Word Film Festival is not only an event related to the world of cinema but the realization of a dream, to project on the big screen important current issues, which touch the soul and to be a mirror of times, with all the inventiveness and vitality that the big screen can give.

The Social World Film Festival was born in 2011 thanks to the initiative of the great director and producer Giuseppe Alessio Nuzzo and since then has never ceased to amaze us: it is in fact the only film festival in the world to have established a Museum and a Monument dedicated to cinema, organizes the Premio Cinema Campania and offers important educational and professional opportunities thanks to its important juries, workshops, master classes, meetings, debates and contests.

This exciting event takes place in the beautiful town of Vico Equense, a delightful place on the Sorrento Coast that will tinge your experience with lights and colours so vivid that they will be nothing to envy to those you will see projected on the big screen.

This year's edition features 600 works united by the theme "Life. Existence, purpose, realitỳ" reconfirming its constant commitment to the themes of cultural and social aggregation, integration, cooperation and reflection on issues related to humanity.

It will be a complete film festival, characterized by a look at the past with the tributes to Marcello Mastroianni and Raffaella Carrà, by the valorisation of the protagonists of the present and the opportunities for the talents of the future: the Social World Film Festival of Vico Equense is an event that you really can't miss! 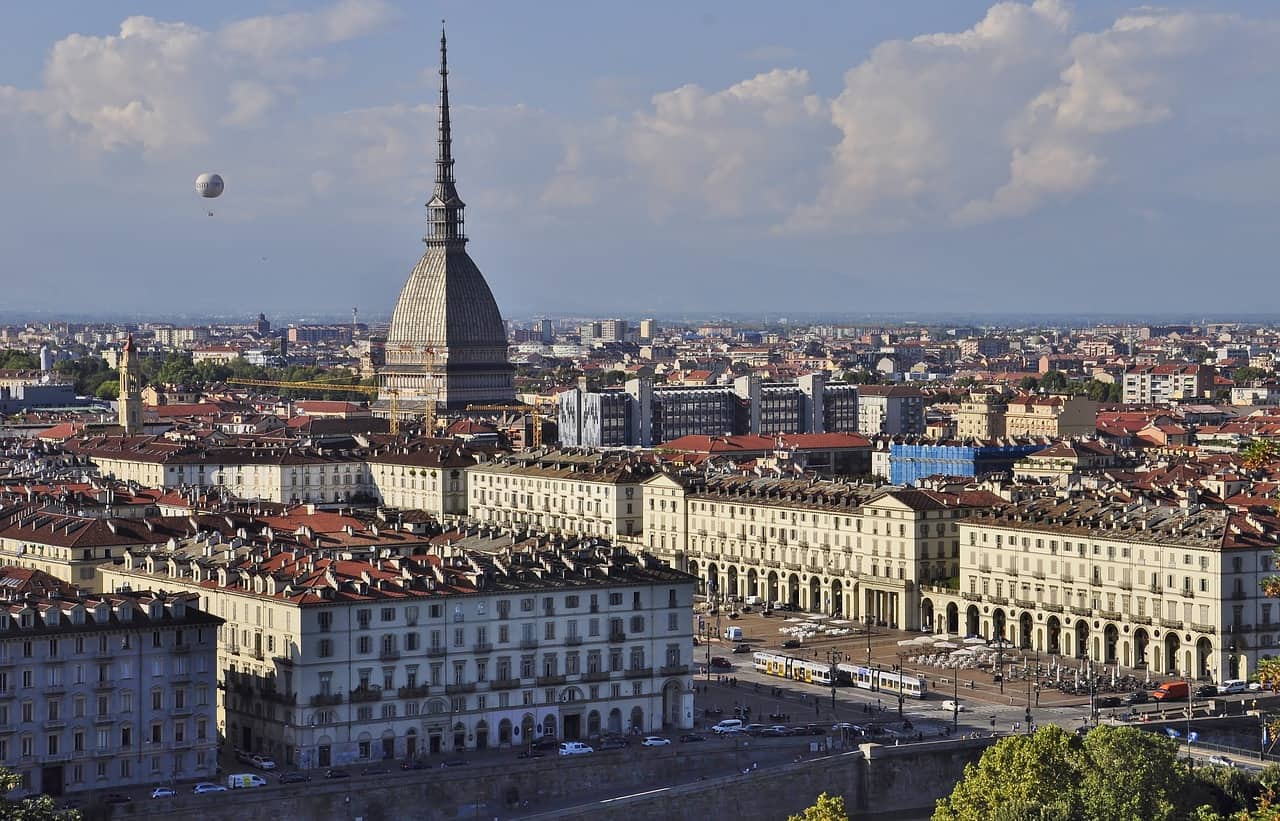 The Turin Film Festival was born in the 1980s and from the beginning it stood out for its orientation towards young people, independent cinema, the valorisation of first and second films, documentary production and linguistic research. It has become evident, especially in the last editions of the festival, that particular attention has been paid to audio-visual experimentation linked to the modern electronic instruments adopted in the cinematographic world. The Torino film festival is well rooted in the city that hosts and it always has sought to blend high quality film productions with the many facets of urban life in the Piedmont capital. 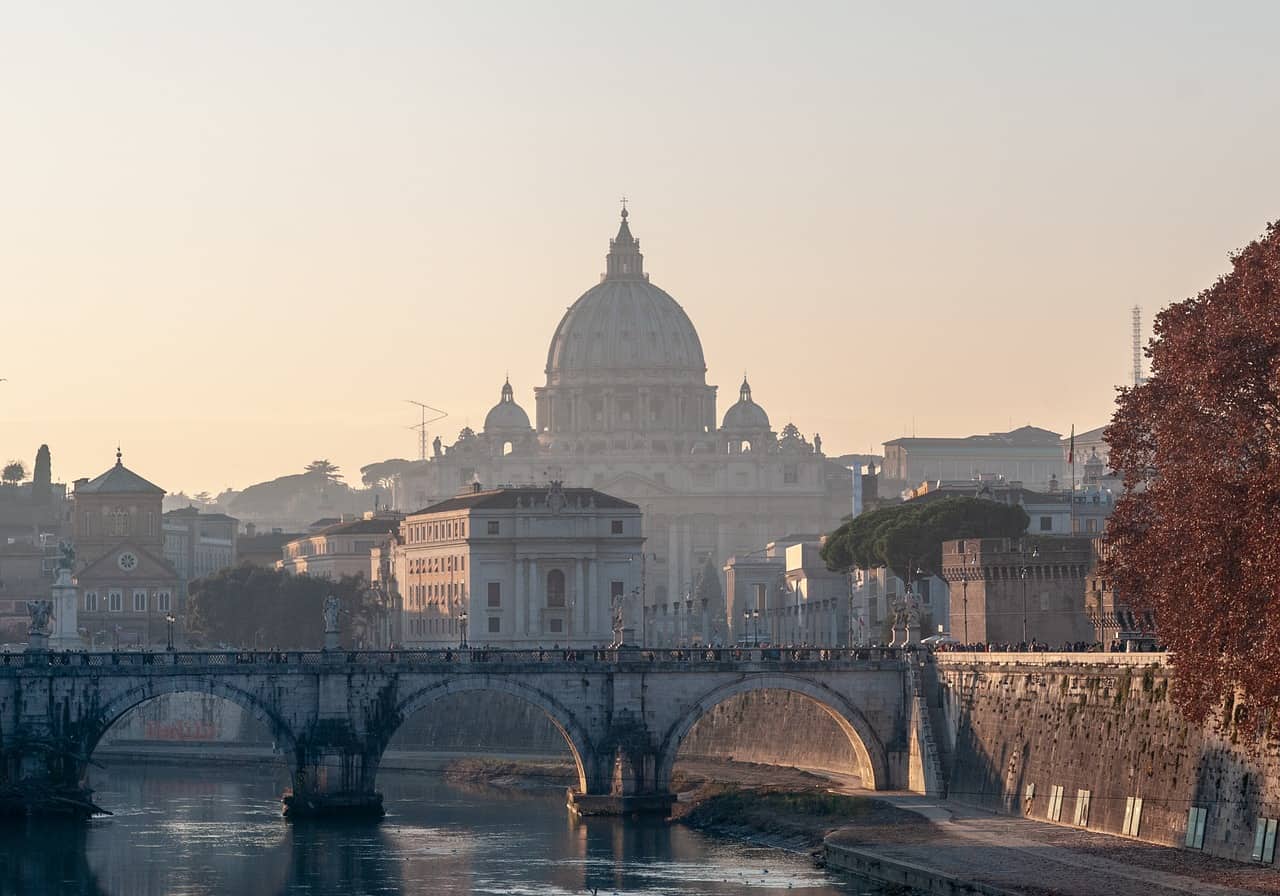 The Rome Film Festival has a less international dimension than Venice’s, but the wonderful location of the Eternal City and the important names involved in the artistic direction make it undoubtedly one of the most interesting film festivals in Italy. The international festival of Rome was born in recent years by the will of the ex-mayor of Rome Walter Veltroni and immediately reached great fame thanks to the cinematographic vocation of the city and the interest of the mass media. The Auditorium Parco della Musica is the complex created by Renzo Piano that will host screenings, meetings, events, exhibitions, installations, conventions and debates, while the 1300 square meters of the avenue leading to the Cavea will be transformed into one of the largest red carpets in the world. 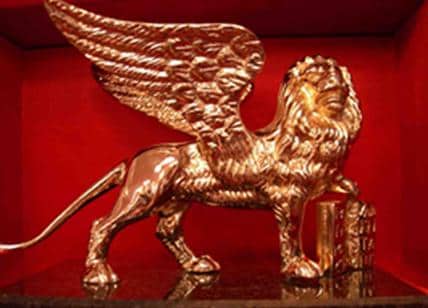 In one of the most evocative art cities in Italia takes place one of the most important film festivals in the world: the International Exhibition of cinematographic art, commonly known as Venice Film Festival. The frame of the event is the historic Cinema Palace, located on the Lungomare Marconi, an evocative and memorable location known thanks to the many television reports dedicated to the biggest movie stars that every year participate in this prestigious event. The Venice Film Festival boasts the title of the oldest film festival in the world: the first edition in fact dates back to 1932 and was born thanks to the creative genius of Giuseppe Volpi, the current president of the Venice Biennale, the cultural event that hosts the festival: today it has reached its 71st edition. The most prestigious award assigned during the international exhibition of cinematographic art is the famous Golden Lion (which recalls the coat of arms of the city), a particularly coveted recognition and considered of great value by film critics worldwide.

A small and fascinating summer festival characterized by an outdoor location that transforms the night square into a real centre of artistic creation and that overturns the idea that summer is a dead season for cinema but rather shows how festivals in historically important places are a very important tool for the valorisation of cinema and the discovery of a new audience.