Each territory has its own history and identity. Let's take the time to discover them little by little, along the tracks of 7 of the most beautiful heritage railways in Italy

A slow travel is like cuddles for the soul, a gift we can make to ourselves to rediscover the joy of savouring a moment without haste. In Italy there are many ways to do exactly this, but one of the most fascinating is to board an heritage train to travel like our grandparents did.

Pulled by steam locomotives on tracks that have sometimes been abandoned for decades, we will experience the thrill of an authentic dive into the past, through small villages full of history and cities of art, immersed in some of the most beautiful natural scenery in the country. 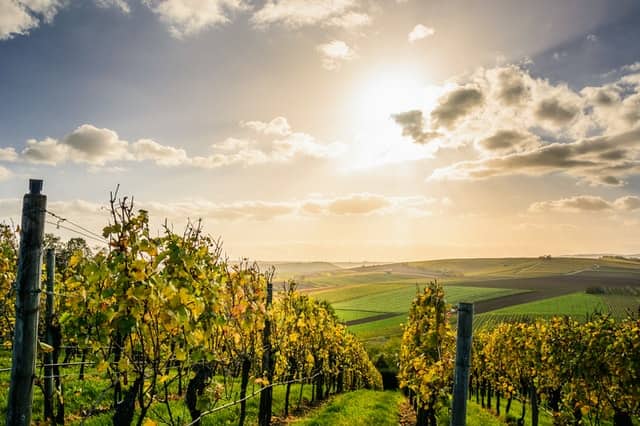 The line originally created to connect Novara with Varallo Sesia crosses a marvelous and varied landscape, which plows through the river Po Valley and then climbs along the side of the mountains.

The circular route, which begins and ends in Novara, covers a first stretch of a few kilometers, crossing the great agricultural plains of Piedmont. Between rice and cereal fields, we will then enter the poplar woods or run along the vineyards. Subsequently, the steam locomotive travels through the Sesia valley offering beautiful views, with the snow-capped mountains often on the background.

In Varallo you can get off the train to get to know the ancient village up close. It is home to, among other things, a railway museum and a famous monumental complex. The Sacro Monte, a monastery perched on a steep hill, can be reached by cable car. 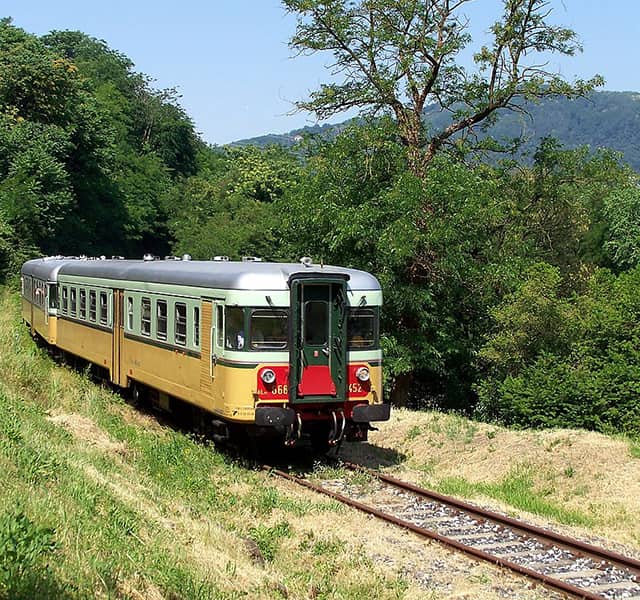 Once this line, mostly dedicated to freight trains, had the unique feature of allowing transport both on land and on water, by means of special barges.
The route that can still be done today crosses the valley of the Oglio River Regional Park as far as Lake Iseo, ending just before the ancient embarkation.
Along the way we will come across various testimonies of the activities that once took place along the entire railway line, such as a roundhouse that was used for the reversal of steam trains. The green hills of Franciacorta define the landscape of the region, with magnificent castles, noble villas and vineyards that still produce a huge variety of wines of great value. 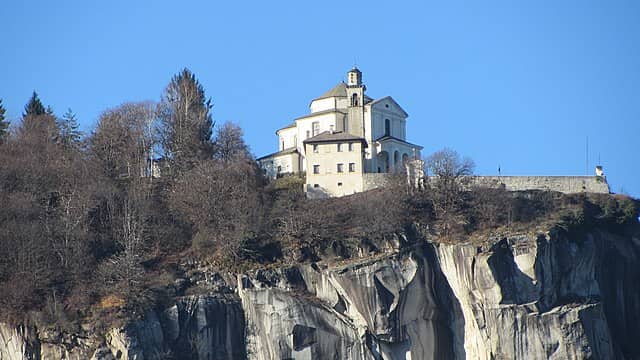 This is one of the oldest heritage trains in Italy. The line was initially designed for war purposes but never completed. However, it is almost 32 km long and runs through an area that is fascinating and full of history.
We leave in Fabriano to end the journey in Pergola, passing through the disused station of Bastia-Rucce. One of the main reasons to visit this area is the Gola della Madonna del Sasso with its beautiful sanctuary from the Lombard period, which overlooks the crest of the mountain.
The whole region is actually full of itineraries for those who love cycling, hiking and excursions. A stop not to be missed is also the museum of sulfur mines in the small town of Cabernardi. 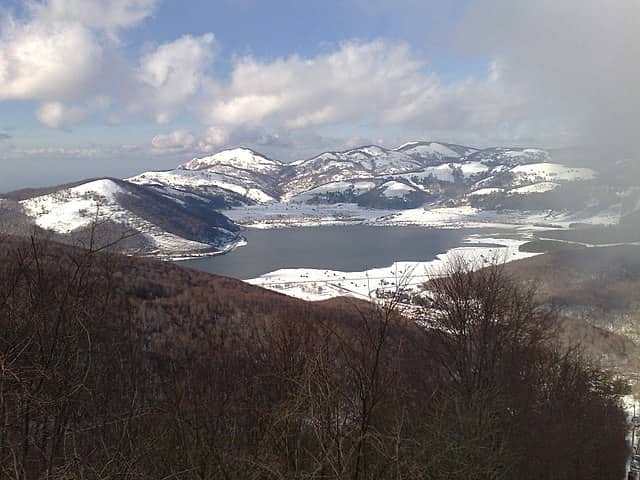 The tracks that cross the Campania Apennines have an unfortunate history behind them. Although at the time it was an avant-garde work of engineering, this line has always been poorly connected with the major inhabited centers, therefore not much used. Subsequently, the tracks suffered damage during the Second World War and due to the earthquake that devastated Irpinia in 1980.
Today, however, the Irpina Express has been re-evaluated as a tourist itinerary, and along its 119 km length you can admire small villages perched on the mountains and a luxuriant nature, sitting on comfortable velvet armchairs with an antique flavour.
We leave from Avellino to travel along the course of the Sabato, Ofanto and Calore rivers or to admire the panorama of the Picentini mountains. The tracks then enter Basilicata and subsequently Apulia, up to the Rocchetta Sant'Antonio station, crossing, among other things, a long series of bridges, viaducts and tunnels, which have made it possible to plow through a very varied and sometimes harsh territory.

3. The Railway of the Temples - Sicily 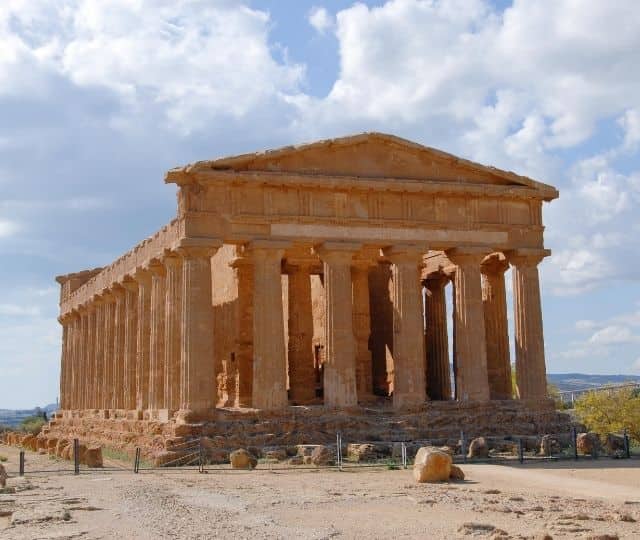 The Valley of Temples in Agrigento needs no introduction. We are in one of the most important archaeological areas in Italy, where the historical evidence of ancient Akragas offer visitors a breathtaking scenery. A small electric train runs from Agrigento Bassa to Porto Empedocle, along a not particularly long journey, just over 10 km.
Almond and olive trees accompany travelers, offering a sight that also enchanted Goethe.
Through an iron and stone viaduct the train crosses the San Leone river arriving at Tempio di Vulcano, a stop with a magnificent view of the archaeological park and the Kolymbetra Garden. A true heaven for those who love nature and history.
Then begins a slow descent towards the sea through the birthplace of Luigi Pirandello, where his home is still located. The journey ends a short distance from the port area of Porto Empedocle, in a small nineteenth-century station of great charm.

Such a splendid springtime view as today's at sunrise we've never had in our whole lives... From our windows we viewed the long and broad, mild slope of the ancient city, entirely covered in gardens and vineyards The steam locomotive that runs along this line is called the Nature Train, and what could we expect from one of the most beautiful areas of Tuscany, if not unforgettable landscapes? Val d'Orcia is in fact a UNESCO heritage site for its natural beauties, such as the gullies or the hills of Montalcino, also famous for their delicious wines. Actually the whole area is well known for its delights.
The journey begins in Asciano, in the province of Siena and ends in Monte Antico, in the province of Grosseto. Along the way, the tracks cross the ancient pilgrim route, the Francigena, which ran from Canterbury to Rome; today this is one of the most popular trekking itineraries in Italy.
Wheat fields and immense expanses of sunflowers accompany travelers through postcard landscapes, and in the background are the rolling Tuscan hills crowned by small villages. Some of them are among the most beautiful and loved in Tuscany, such as Pienza and San Quirico d'Orcia.

1. The Railway of the Parks - Abruzzo 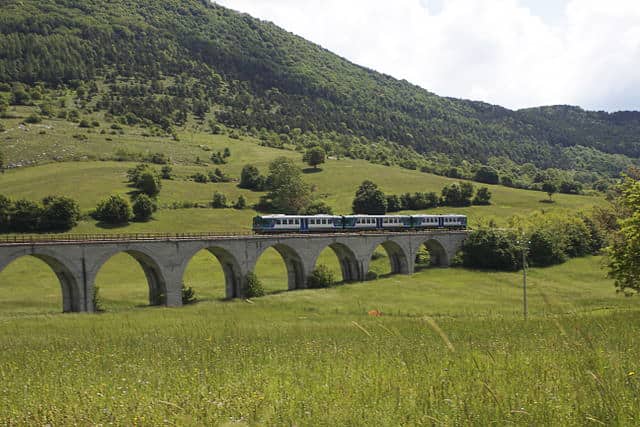 In the heart of Abruzzo, up to over 1000 meters above sea level, an heritage train travels through three national parks: the Maiella Park, the National Park of Abruzzo, Lazio and Molise and the Collemeluccio-Montedimezzo natural reserve.
Where the rugged peaks of the Apennines meet the karst plateaus of Abruzzo, nature is spectacular in every season. In summer the meadows are green and the animals graze there, while in winter the snow covers everything, creating a dreamlike atmosphere. Precisely to the silent snow-covered landscapes that can be admired in winter, the railway owes the nickname of Trans-Siberian of Italy, with which it is generally known.
The main and most popular route is a circular itinerary that begins and ends in Sulmona. From the small town, homeland of Ovid and sugared almonds, the train continues climbing upwards until it reaches 1268 meters above sea level, through hairpin bends and climbs at times steeply sloping.
Passing through the well-known ski resort of Campo di Giove, we will travel through the woods at the foot of Mount Porrara, to reach the second highest station in Italy, Rivisondoli-Pescocostanzo. The train then crosses the Sangro river valley where the enchanting village of Castel di Sangro is located, which is certainly worth a visit.