Campania: what to visit in Naples in 3 days

Naples is famous for its culture, history, art heritage and much more to offer! There is art everywhere, a real treasure to explore! If you happen to come to visit this wonderful city for a few days, we will suggest you some spots to visit and a piece of advice for smartly visiting the city!

Visit the Museum of Naples Naples is rich in art: its heritage is invaluable. It hosts pieces unique in the world. We suggest some of our favourite museums that are worth visiting if you are in the city.

The charming of the beautiful Castles in Naples Naples is the only city in the world that boasted seven castles within its boundaries. The location of these castles was a way to defend the Gulf of Naples from naval attacks.

Maybe, it is not possible to visit all of them in a few time. The most famous are three:

Visit the Royal Palace in Naples The Royal Palace of Naples is on the border of the splendid Piazza Plebiscito. It is opposite the Royal Pontifical Basilica of San Francesco di Paola, near Piazza Trieste and Trento.

King Philip III of Spain ordered the construction of the Royal Palace of Naples. He chose it as his home in the year 1600. Then, when Charles III of Bourbon arrived in 1734, he enlarged the Palace even more.

Through the Honor staircase, you can access from the Courtyard of Honor to the Royal Apartment. While you follow the stairs, you can admire stained glass windows of the nineteenth century, from the view of the historic apartment, wanted Ferdinand II of Bourbon.

Inside we can also admire several royal chapels rich in works, very high ceilings with large frescoes. Among the many areas to be admired inside, there is the National Library Vittorio Emanuele III, a public library established at the end of the eighteenth century.

Under the Neapolitan paths, in the heart of the city, there are the deepest innards of Naples.

St. Gennaro's Catacombs are an endless labyrinth of rock paintings, graves and tunnels that have preserved for many centuries the Saint's body at 50 meters. A 19-century underground cemetery full of art, legends, murals and frescos, finally unearthed.

Not so far, in the Sanità's heart, St. Gaudioso's Catacombs. The legend says that the Tunisian bishop landed in Naples on a boat without oars or sails. The second biggest paleo-Christian cemetery dedicated to him. It is an incredible place in which the Neapolitan people asked and prayed for miracles cures for years.

In the end, last but not least, the fascinating Fontanelle cemetery. A quarry tuff that houses thousands of skeletons without a name. A suggestive scenario that gives the birth of many stories and legends between life and death.

The enchanting of the Veiled Christ and Sansevero Chapel 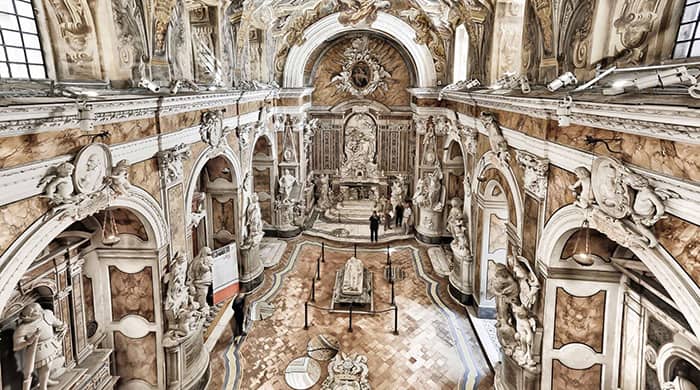 A tour of Naples without a stop at Cristo Velato, the jewel of the Sansevero Chapel, would be completely incomplete. Not far from the main square of the Sanità district of Naples, protected by a maze of alleys, rises the majestic Basilica of San Severo Fuori le Mura.

The Veiled Christ isn't only one of the greatest masterpieces of Naples but also the most realistic and mysterious sculpture in the world.

Be smart and use Naples Pass 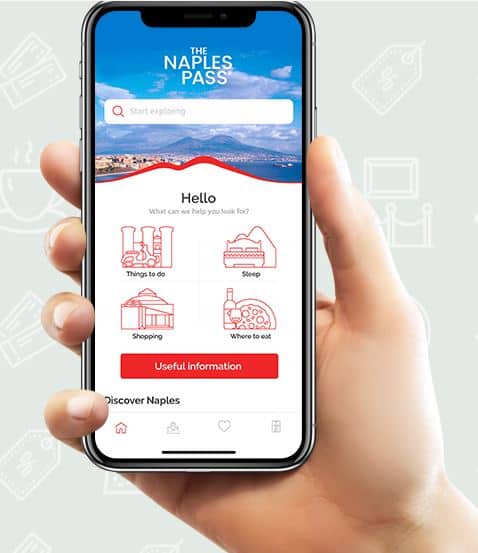 Naples has so much to offer you can get lost when deciding what to do and what first. The Naples Pass makes things easier! It can help you almost like a friend who has already been to Naples and has many tips to give you to enjoy in the best way your experience in Naples.

With the Naples Pass you can:

It is an app to access all the attractions of Naples. You can see it both online and offline on your smartphone. With the Naples Pass, you will enjoy Naples in a new and smart way, making the most of it.

Naples Pass is available in the following versions:

Find out now how to save money! ❯