Italy is one of the most desirable and visited destinations because it offers the possibility to choose different types of tourism. Art, culture, sea, or mountains do not miss these 10 things to do and see in Italy in 2021.

10. Discovering a side of Sardinia

This year is also the 150th anniversary of the birth of Maria Grazia Deledda, a much-loved Sardinian writer with a unique talent, and winner of the Nobel Prize for Literature in 1926; a prize awarded for the first time to an Italian woman'. The occasion could be ideal to visit the places of her life, including her birthplace (Museo Daleddiano) in Santu Pedru, in the center of Nuoro, and then get lost in the Barbagia of Nuoro, and among the most beautiful beaches of an incomparable stretch of Italian coastline, with the breathtaking scenery of the Gulf of Orosei Park and Gennargentu. In Galtellì (Nuoro) there is also the Literary Park dedicated to the writer, among the places where she was inspired to write one of her most famous novels "Canne al Vento".

9. The Egadi Archipelago, holiday in Marettimo

Marettimo is the westernmost and wildest island of the Egadi archipelago (in the district of Trapani, Sicily). Its name of Greek origin Hierà Nésos means 'sacred island'. The name we know it by today, however, derives from the Latin Maritima, probably due to the abundant presence of wild thyme on the island. Marettimo is a mountainous and green island, and as soon as you land you see a large mountain with a patch of white houses on the coast, halfway down the island. As you approach, you begin to see Punta Troia, topped by the magnificent Norman castle, and the village becomes more and more outlined. This year, in mid-July there will be an event not to be missed, the second edition of the "Marettimo Italian Film Fest - We love the sea", which will feature film productions dedicated to enhancing the marine environment under the artistic direction of the Italian director Pupi Avati. This is an unmissable event, where the promotion of Italian cinema, after a long period of crisis, takes place in a wonderful and evocative place.

8.Visit Tropea, the Pearl of Calabria and of the Tyrrhenian Sea 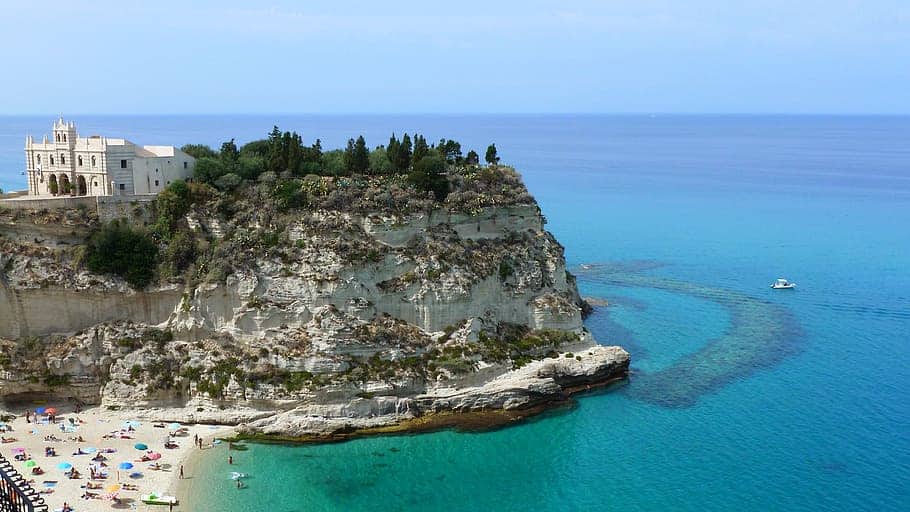 Tropea is a Calabrian city considered one of the most famous centers of the Costa degli dei ( Coast of the Gods). Winner of the 2021 edition Borgo dei Borghi national award, the village is the most beautiful one in Italy, for its crystal-clear sea, breath-taking landscapes, history, culture, and excellent cuisine.

7. Wander through the Trulli 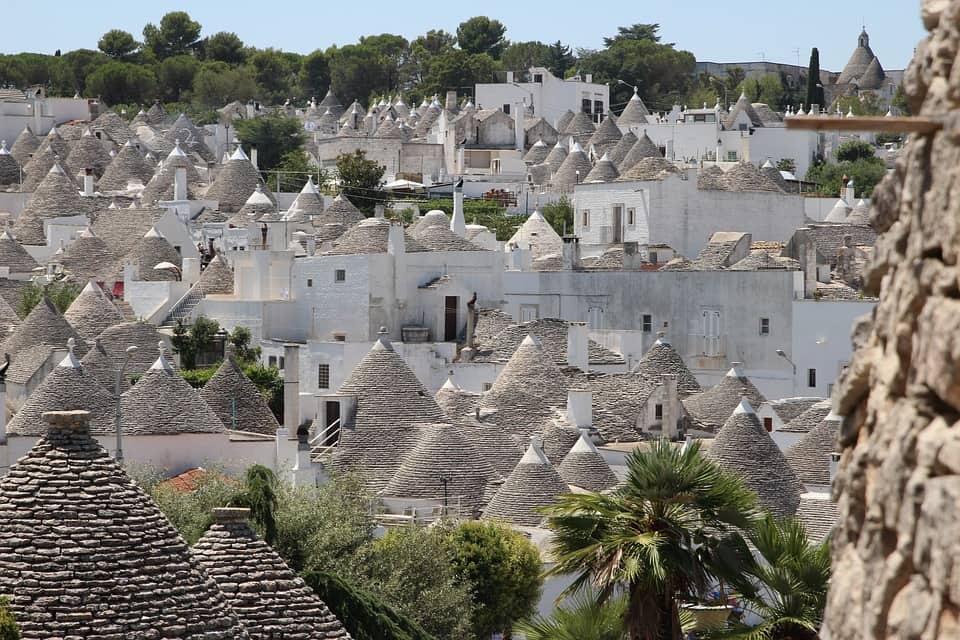 Alberobello is a town in Apulia famous throughout the world for the original architecture of its cone-shaped houses, the Trulli. Walking among these buildings, UNESCO World Heritage site since 1996, and the neighborhoods of Alberobello is magical and fascinating. Do not miss the Rione Monti and Rione Aia Piccola neighborhoods and go inside a Trullo to see this typical Apulian house from a different perspective. BOOK HERE YOUR ATTRACTIONS IN ALBEROBELLO ❯

6. Join the Sassi of Matera 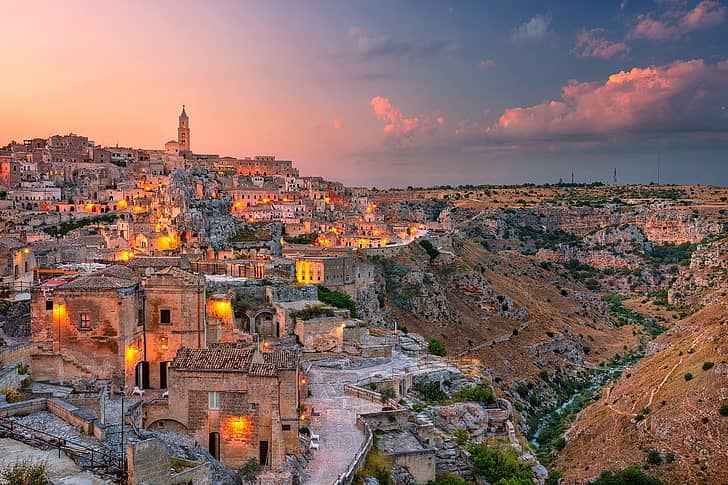 Matera (Basilicata) is one of the oldest cities in the world and has been nominated European Capital of Culture in 2019. The Sassi are ancient houses carved in stone today are tourist attractions par excellence and luxury residences. Inhabited since prehistoric times by farmers, shepherds, and their animals, the Sassi are the oldest heart of the city of Matera. Starting from the 1980s it became clear that what was referred to as hovels were an incredible and effective urban ecosystem: the houses were cool in summer and warm in winter, thanks to the light that comes from the top and the thermoregulatory function of the tuff. In 1993, The Sassi became a World Heritage site in the UNESCO list, the first in southern Italy and gradually their revaluation, which has been on the upswing since 2019, makes it possible to visit them and even sleep and eat inside these fascinating structures. BOOK HERE THE ATTRACTINS IN THE CITY OF MATERA ❯ 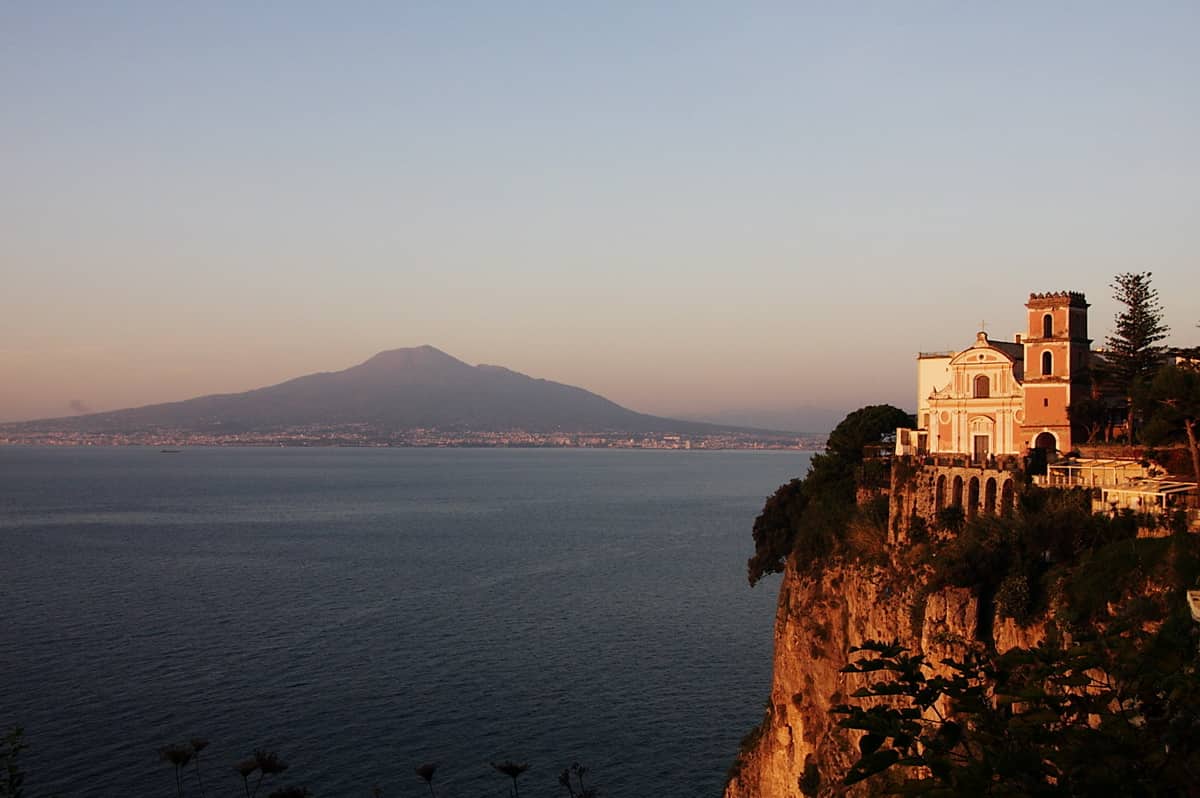 Vico Equense is the first town on the Sorrento Coast and stands on a rocky promontory overlooking the sea. The municipality is characterized by small villages, called frazioni or casali, each of which has its own peculiarities, unique environments from the mountain to the sea, with breath-taking views. Vico Equense can offer the possibility of spending a holiday dedicated both to art, history, and museums and to the sea and relaxation (the sea of the municipality has obtained the international recognition of the Blue Flag 2021) or go trekking immersed into beautiful panoramic spots.  VISIT THE WEB SITE GOVICOQUENSE.IT ❯

4. Visit the Mausoleum of Augustus 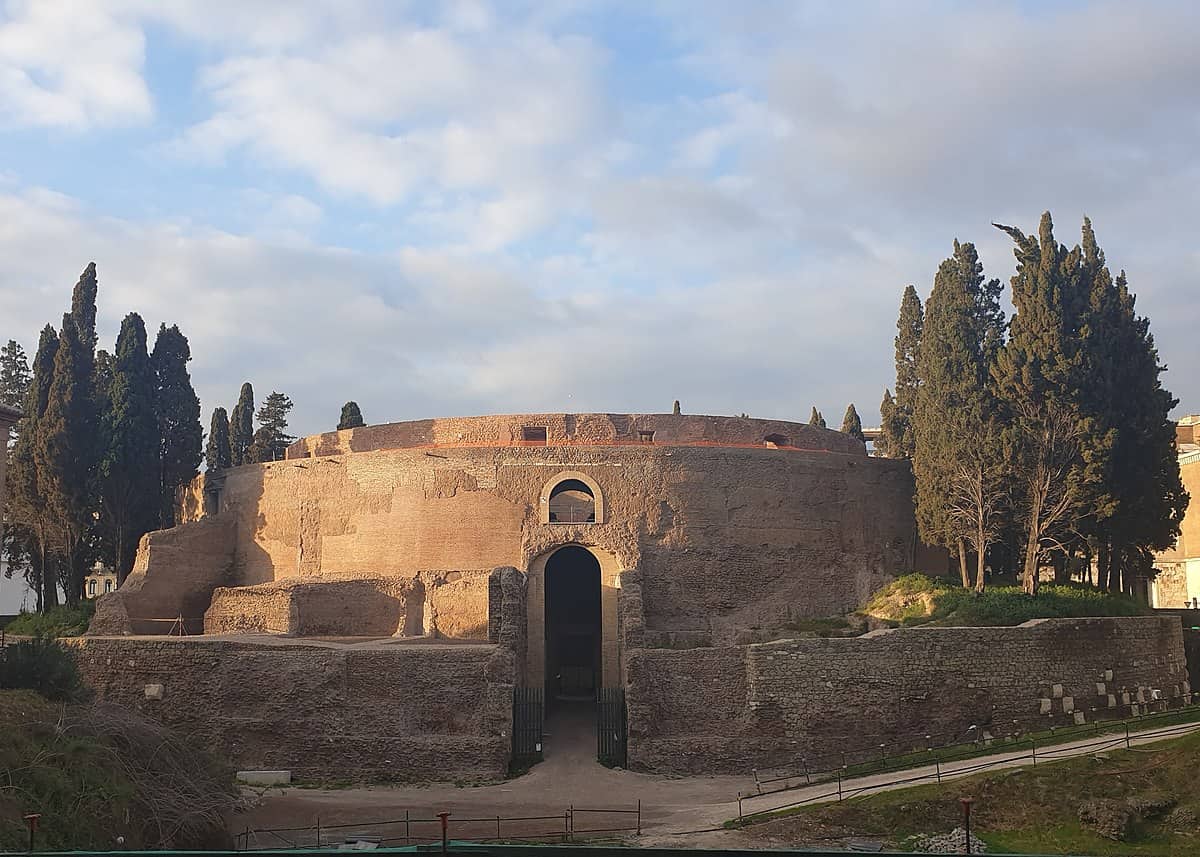 Finally, after 14 years, the Mausoleum of Augustus was reopened on March the 2nd. The Superintendency of Rome in collaboration with and with the contribution of Fondazione Tim financed the restoration and redevelopment work to re-evaluate an important monument symbolizing the transition from the Republican to the Imperial Age. The Mausoleum has a circular plan with a diameter of 87 meters and is the largest circular funerary monument in the world. It has undergone numerous reinterpretations and uses, from a funerary monument to a fortification and even a theatre, a must-see place in 2021.

3. Attending a live show at the Arena of Verona 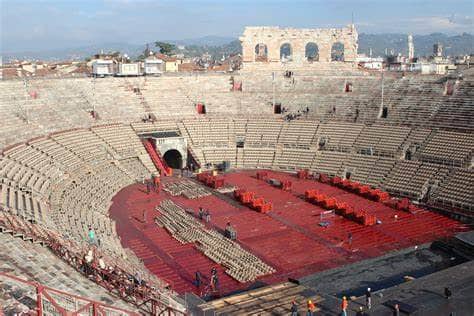 The season of the renaissance for the Arena will start on 5 June with the Aida conducted by Maestro Riccardo Muti for the 150th anniversary of the first performance. The Arena di Verona is the largest open-air theatre in the world, where performances have been held for a century and which will be able to accommodate over 1000 people (it is thought that it will be possible to exceed the threshold of 6000 by implementing all the safety rules). The inaugural show will be dedicated to Ennio Morricone, the great composer and musician who died a year ago and Italian excellence in the world.  BOOK HERE THE ATTRACTIONS IN THE CITY OF VERONA ❯

2. Visit Parma, the Italian Capital of Culture 2020-21 and the surroundings 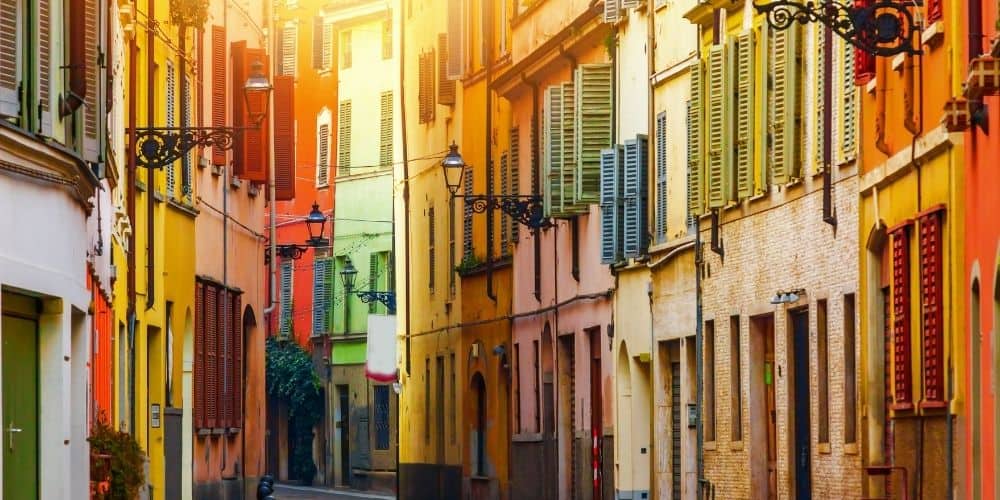 Due to the events linked to the spread of the COVID-19, the city could not implement the promotional activities for the title of Italian Capital of Culture 2020, so Parma retains the title for 2021. Visiting Parma in 2021 means being able to take advantage of new activities, museums, and exhibitions linked to the title won and giving a sign of closeness to this territory for the recovery of Italian tourism.  BOOK HERE THE ATTRACTIONS IN THE CITY OF PARMA ❯

1. Travel along the Vie di Dante, between Tuscany and Emilia Romagna 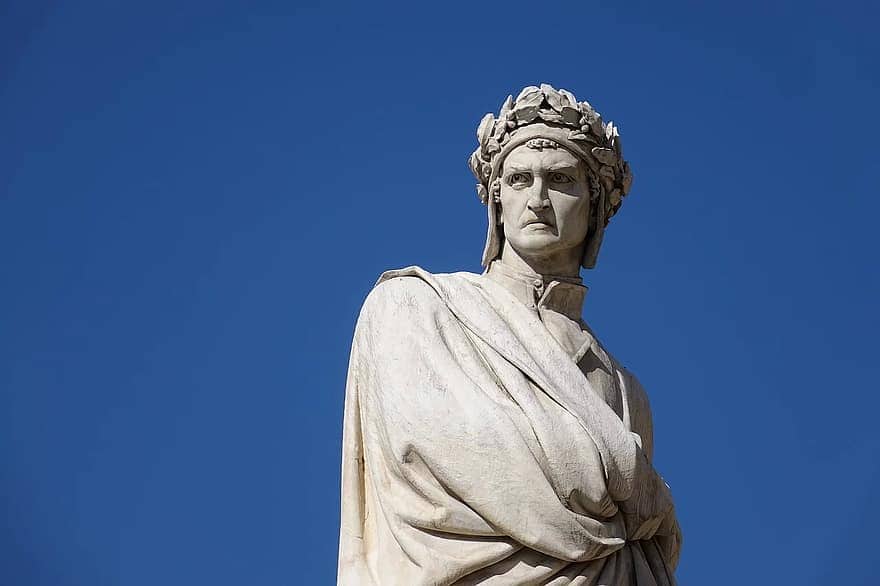 The 25th of March was Dante’s Day (Dantedì), internationally recognized which coincides with the 700th anniversary of the death of Dante Alighieri, a symbol, and icon of Italian culture in the world. What better occasion to organize a trip along Dante's Ways, a route between two regions, Tuscany and Emilia Romagna, which also boasts of being the only Italian destination listed by Lonely Planet as one of the Best in Travel 2021 – Sustainability Places. Starting from Florence, where the Poet was born and passing through Scarperia and San Piero, Borgo San Lorenzo, Marradi, then Faenza, Brisighella, and Ravenna, where Dante died in September 1321. Each stage had an important significance in the poet's life and in the writing of the Comedy, and today these towns and villages are told through their monuments, traditions, museums, and churches in a new and innovative way. BOOK YOUR ATTTRACTIONS IN FLORENCE ❯