Vittoriale degli Italiani, what to see in D'Annunzio's house

In Gardone Riviera, on the Brescia side of Lake Garda, stands the Vittoriale degli Italiani. Gabriele D'Annunzio wanted to build a complex of buildings, parks, squares and museums to celebrate the exploits of the Italians during the First World War. Unique environments and particular structures characterise the nine hectares of the Vittoriale.

The great self-esteem of Gabriele D'Annunzio, one of the most influential personalities of the first half of the 20th century, is imprinted in the Vittoriale's walls and every detail of the structure. The poet planned to create an immense open-air museum celebrating the Italians' wartime exploits and where he could retire to private life and his profession as a writer. The creation of the Vittoriale began in 1921 and developed over the following years with numerous additions and modifications. In 1926 d'Annunzio's house was completed and can now be visited, and the next year work began on the Schifamondo, which was to be the Vate's new residence. An open-air theatre was added, inspired by the one in Pompeii, which would have hosted performances for a few intimates. On his death, d'Annunzio bequeathed the Vittoriale to the Italian people on the condition that it would remain unaltered and that his ideas would continue to be the beating heart of the monument. Today, the Foundation Il Vittoriale degli Italiani managed it and everyone can fully explore it through the many guided tours organised daily. 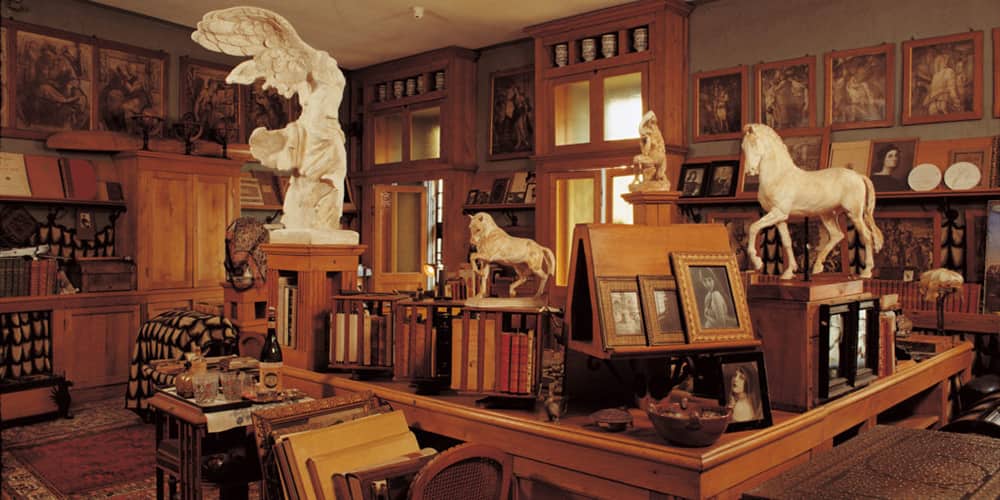 The Priory is d'Annunzio's private home and was expropriated from the art critic Henry Thode in 1920. The gilded gate, the seven steps, the decorated walls and a holy water stoup are present at the entrance to the building and prepare the visitor to explore a house imbued with sacredness and symbolism. The house is made up of many rooms, characterised by a very dark ambience because in the last years of his life, D'Annunzio suffered from eyesight problems and the light bothered him. Each room is filled with objects and knick-knacks, memorabilia from all over the world and more than thirty thousand books, forming an agglomeration of elements that have remained unchanged since the writer's death. The tour continues through the various rooms of the Priory: the baths, the studies, the room of the relics, the corridor of the labyrinth are just some of the most evocative rooms of the entire visit. From the Priory, we go directly to the "D'Annunzio Eroe" museum and the Schifamondo residence. 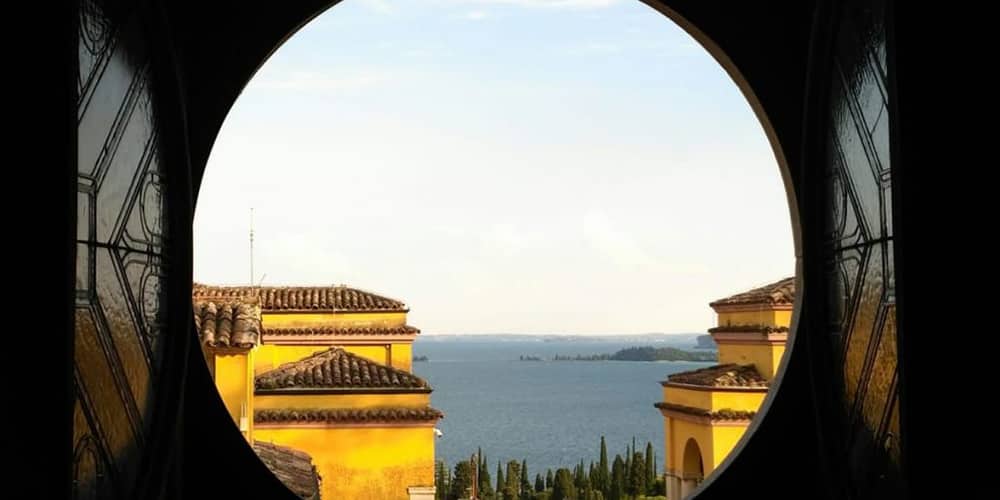 The Schifamondo is the palace that would have housed the poet's new residence, but the project was not completed until after d'Annunzio's death. The name Schifamondo was inspired by the Schifanoia palace in Ferrara and underlines the poet's desire to isolate himself from the rest of the world in a completely new environment built in his own image. The palace was designed by the architect Gian Carlo Maroni and furnished by Ettore Canali with the aim of mirroring the interior of an ocean liner: porthole-like windows, alabaster windows, rooms lined with wooden panelling, tall, narrow corridors and a study reminiscent of the command bridge of a large ship. Inside the building, an auditorium can seat about two hundred people, with one of the eight planes that took part in the famous flight over Vienna hanging from the ceiling. 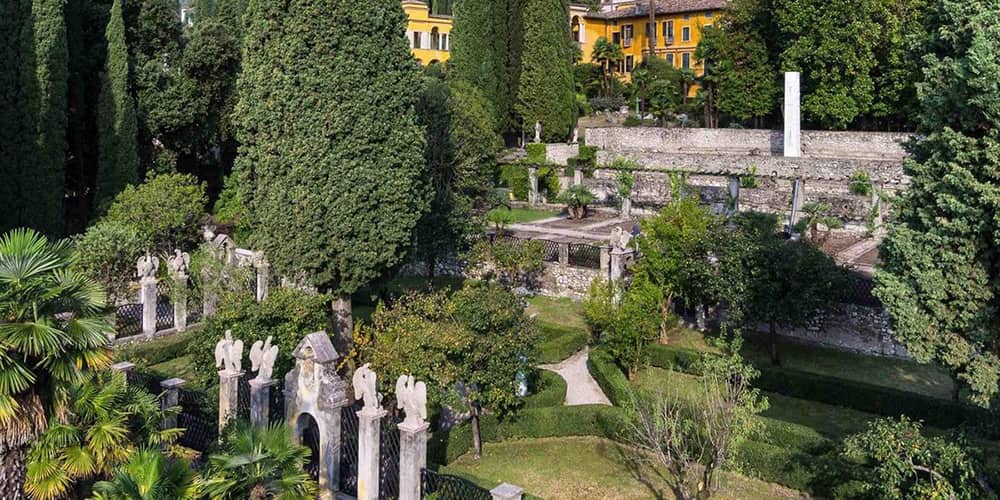 The Priory and Shifamondo buildings are surrounded by an enormous green park dotted with works of art and monuments. At the top of the park is the Mausoleum which houses the tomb of d'Annunzio and from which you can admire the splendid panorama of Lake Garda. The park is crossed by the Acquapazza stream whose water flows into the dolphin fountain. The fountain is located next to a hangar that houses the MAD 96, an anti-submarine motorboat used by D'Annunzio in 1918. 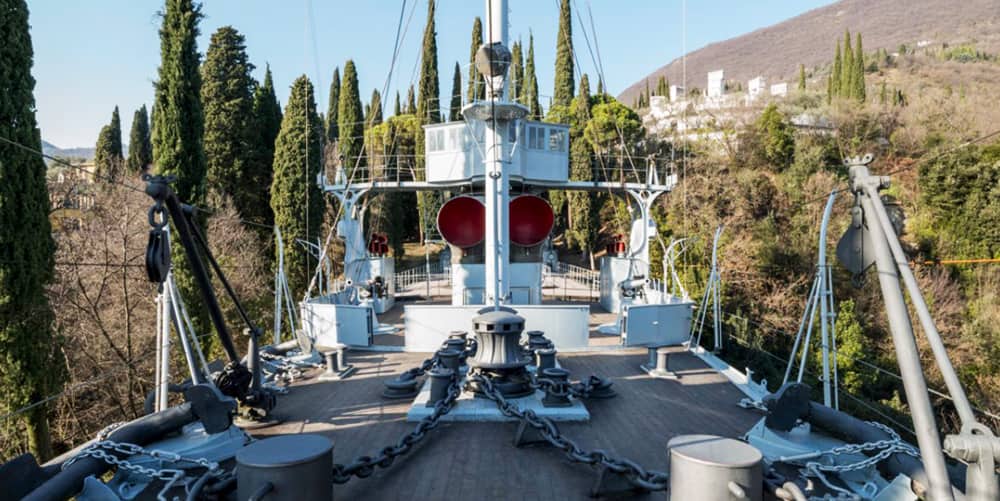 Inside the Vittoriale park is the bow of the ship Puglia, a military ship donated in 1921 to Gabriele D'Annunzio by the Italian Navy. The ship, a protagonist of the First World War, was dismantled and rebuilt in the park with its bow pointing towards the Adriatic Sea. The stern is reconstructed in masonry and is connected to the garden paths. Inside the hold is a museum housing several model warships. From the ship Puglia, following the romantic paths in the park, you can reach the Dancing Pond, a mirror of water in the shape of a violin on which the poet organised concerts and dance performances.