What to expect from 2022? Several cultural, artistic, sporting, and scientific events in Italy.

The year 2021 has now come to an end! In some ways, a year has almost been a 2020bis. But which, unlike the latter, has given us extra breathing space. Even with restrictions, we were able to travel again. And the events are back on!

Now, 2022 promises to be full of expectations and hopes as far as the world of events in Italy is concerned. Which ones are confirmed or those planned? In this article, we have selected 12 of the most eagerly awaited events of the new year. The 16th edition will be held at the Venice Arsenal. It is an International Contemporary Art Award active since 2006. Here different artistic styles are exhibited - visual arts, multimedia, digital landscape and performances - which allow young talents of any origin to submit their works to a jury of high level, in a most evocative and international city known all over the world.

11. The exhibition dedicated to Pieter Paul Rubens in Liguria From the 6 October 2022 until the 22 of January 2023, the Doge Palace of Genoa will host the retrospective dedicated to one of the painters closest to the city, Rubens, on the occasion of the anniversary of the publication of the volume Palazzi di Genova, in which the Flemish artist collected the most suggestive houses of the Superba. The painter was in fact several times in the Ligurian capital at the beginning of the seventeenth century, even as a court painter. Over 150 works will be exhibited including drawings, engravings, tapestries, furnishings, antique volumes, clothes, women's accessories and jewels of the time.

In Peggy Guggenheim Museum, it will take place from 9 April until 26 September and is the first significant art exhibition wholly dedicated to the curiosity nurtured by the artists of Surrealism for magic, mythology and esotericism. It is a major international project that will then continue in Germany after touching the city of Venice.

9. The XXXVI edition of the European Swimming Championships

They will be hosted in Rome and the competitions will be held between the 11 and the 21 of August and they will be the main event of 2022 in the aquatic field. The swimming and diving competitions will take place at the Stadio del Nuoto at the Foro Italico. According to what was reported by the FIN president Paolo Barelli, the synchro and water polo will be hosted in a temporary facility; while the bottom swimming will be performed in Ostia; still to be established is the location of the dives from great heights.

The 59th International Art Exhibition will take place from 23 April to 27 November 2022 - with pre-opening on the 20, 21 and 22 of April - curated by Cecilia Alemani. She will be the first Italian woman to fill this role.

The exhibition will be titled Il latte dei sogni/The Milk of Dreams and owes its name to the book by Leonora Carrington. In which, quoting Alemani, «the surrealist artist describes a magical world in which life is constantly reinvented through the prism of imagination and in which it is allowed to change, transform, become other than oneself.

The exhibition proposes an imaginary journey through the metamorphosis of the bodies and definitions of the human». 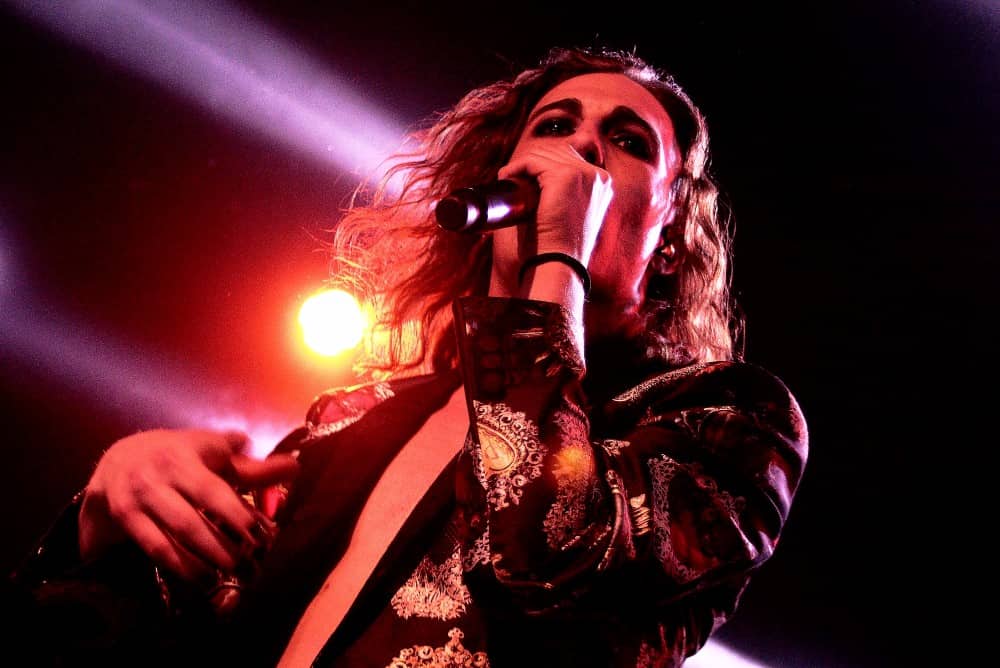 Their success, starting from the second place obtained at the eleventh edition of X-FACTOR in 2017, has since been unstoppable: after winning the Eurovision Song Contest 2021 and has received the Best Rock Act at the MTV EMAs in Budapest.

In 2022, They will play again in their native country with stops in Pesaro, Casalecchio di Reno, Milan, Naples, Florence, Turin, Bari, Rome, Verona and Lignano Sabbiadoro. The International Exhibition of Wines and Spirits, now in its 54th edition, has been postponed from 10 to 13. New for 2022 will be Micro Mega Wines - Micro Size, Mega Quality, the initiative aimed at companies with small high-quality productions, and the presentation of orange wines in the International_Wine pavilion.

5. The completion of the OpenZone construction 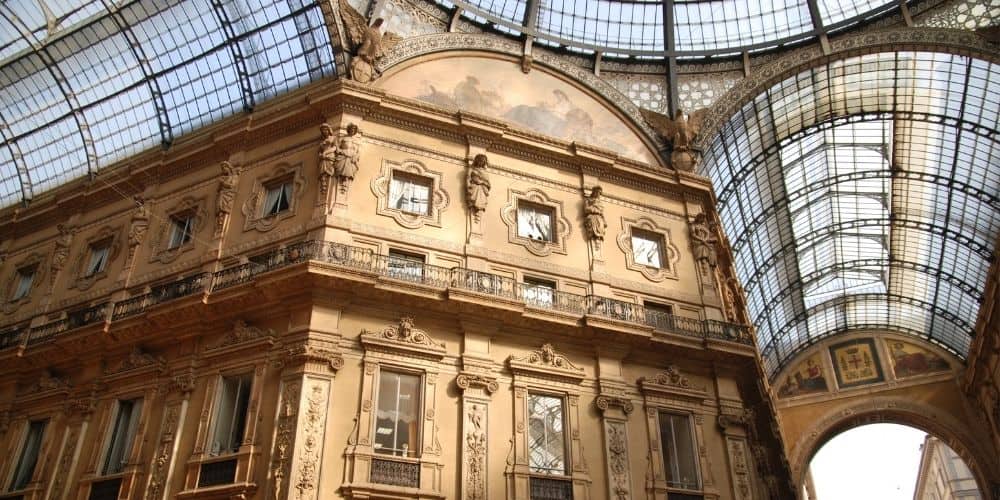 This is the scientific campus on the outskirts of Milan dedicated to the topic of health created by the Zambon Group, where the main biotechnological, pharmaceutical and advanced gene therapy companies at the national and international levels take place. With the two new towers, the works will be completed in November and the campus started in 2018 will be inaugurated. The campus will reach an area of ​​37 thousand square meters and can accommodate up to 1,200 people. In the new towers, there will be research laboratories and spaces dedicated to entrepreneurial initiatives for startups.

The shows, defined as the encounter between oddities and breathtaking acrobatics centered on the theme of imagination, will take place in Rome, at the Tor di Quinto, from March 16 to April 24; and in Milan, at Piazzale Cuoco, from the 4 of May to the 19 of June. Created and directed by Michel Laprise, it debuted in 2014 in Montreal, Canada, and it's about a late 19th-century inventor who creates a machine that defies the laws of time, space and dimensions to reinvent everything around him.

It will be held from the 20 of May till the 20 of November  and will focus on the theme of environmental protection, the relationship between the human being and what surrounds him, and the knowledge of the universe and the planet that we currently possesses. The curator will be Ersilia Vaudo, Chief Diversity Officer at the European Space Agency (ESA), while Francis Kéré, an architect originally from Burkina Faso and founder of the Kéré Architecture studio in Berlin, will take care of the installation. This is the second international exhibition of the Triennale with the president Stefano Boeri.

2. The Eurovision Song Contest in Turin 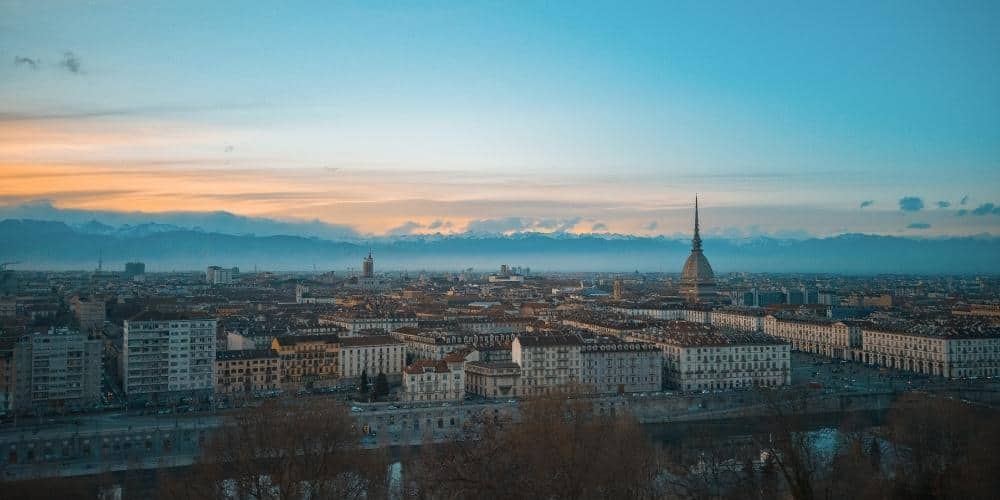 The 66th edition of the Eurovision Song Contest, following the victory of Italy with the song "Zitti e Buoni" by the Roman band Måneskin, will take place in the Piedmontese capital at the Pala Olimpico in Turin on 10, 12 and 14 May. There will be public broadcasters from 41 countries  - with the participation of the Rtcg of Montenegro and the Armenian national broadcaster Armatv, which last competed in 2019 - and an audience of about 200 million people.

Next year it will be its 61st edition and will be held at the Fiera Milano pavilions in Rho from the 5th to the 10th of April, where professionals from the world of furniture from all over the world will present their creations to a wide audience. At the same time or in the same period, it will be possible to admire events like Workplace3.0, the exhibition dedicated to the workplace, and the biennial EuroCucina and the International Bathroom Exhibition.