The history of dance in Italy and in the world

Dance is one of the many forms of communication that since ancient times it could "tell" and express what could not be explained with words. In Italy, dance has an important history.

Dance is a mysterious career, representing an unpredictable world. There are many qualities required. Talent alone is not enough; it is necessary to combine a great vocation with tenacity, determination, discipline and constancy.

Dance as a means of communication 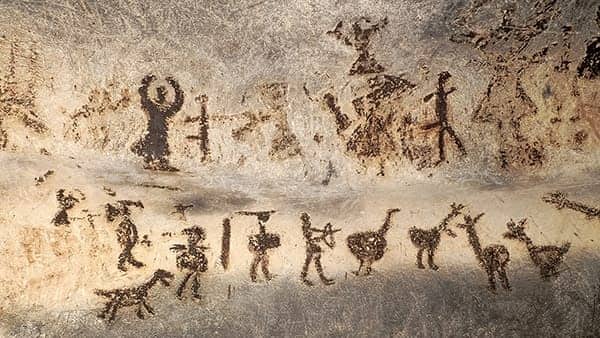 Melissa Hayden was a Canadian dancer who was a prima ballerina at the New York City Ballet for several years, and in this way, she referred to the art that was with her throughout her life as a way of completing herself.

Dance is one of the many forms of communication that since ancient times has made it possible to express and sometimes complete what could not be explained with words. Over time, people all over the world have shaped it into an art that can tell and guide through stories that transport both the dancer and the spectator to extraordinary places where they would like to stay forever.

Since prehistoric times, dance was present even before language, and to the rhythm of rudimentary instruments, our ancestors danced to celebrate many events, from hunting to the rising of the sun or the simple fall of rain.

Over the centuries, dance has continued to be part of the culture of all peoples and has always been a moment of aggregation to strengthen social relationships and has developed in many different forms such as traditional dances, hip hop, contemporary and classical dance. We will talk about the latter in more detail.

“Learning to walk sets you free. Learning to dance gives you the greatest freedom of all: to express with your whole self the person you are.”

The birth of the classical ballet

Classical ballet began to take shape in the nineteenth century, female dancers, who had previously been replaced by men even in the performance of female parts, overshadowed the male dancers and there were also many changes in clothing, which had previously been very bulky and restricted movement. The skirt became shorter and turned into a tutu and pointe shoes began to appear, the technique of which was initiated by the Italian dancer Amelia Brugnoli. During the performance, the dancer became almost an ethereal creature, and thanks to the pointe shoes, it seemed as if she hardly touched the ground and was able to completely transport the spectator into the story being told. In 1828 the grasping of the dancer by her partner was introduced for the first time and with the advent of Romanticism, which gave more importance to emotions, the stories told in ballets began to tell of unhappy and melancholic love stories set in two complementary places, the real world and a magical and fantastic universe.

The first romantic ballet was La Sylphide, performed for the first time at the Paris Opera on 12 March 1832 by the great Italian dancer Maria Taglioni and choreographed by her father Filippo Taglioni. This ballet has another record as the dancer was the first to perform the entire show on pointe shoes.

A very important figure of the time was the dancer, choreographer and dance teacher Carlo Blasis, director of the La Scala dance Academy. Blasis is considered to be the father of ballet technique and in his Treatise on the Art of Dancing, he laid the foundations for a true method of classical dance. In it, he talks about the importance of the union of the arts in dance and that a dancer's skill lies not only in knowing how to dance but also in the knowledge of all the arts that go with dance. We owe to him the invention of the attitude position, inspired by the attitude of the statue of Mercury by the sculptor Giambologna.

The ballet companies in the main theatres of Italy, such as La Scala in Milan and the Teatro San Carlo in Naples, employed an average of four to twelve dancers, but many companies employed eighty to one hundred dancers to produce their shows.

The classical ballet in our days in Italy

During the 20th century, classical dance declined drastically and was overwhelmed by the emergence of new ways of interpreting dance such as modern, hip hop and contemporary dance, and the large and numerous audiences that used to go to theatres to watch performances began to dwindle.

Throughout history, Italy has boasted many important names in the world of dance such as Carla Fracci and Alessandra Ferri, whose extraordinary talent has conquered the international ballet world. In more recent times, we find names such as Eleonora Abbagnato and Roberto Bolle, who continue to enhance this wonderful and fascinating art form in theatres in Italy and around the world.

Although ballet may seem like a rigid and outdated discipline, even today, after several centuries, it continues to fascinate more and more young people who choose it as a way of life and dedicate themselves to it with passion. Moreover, for spectators, it is still a means of being transported and guided through extraordinary places recreated by the choreography, lights and enchanting backdrops that make it all the more evocative. We can say that going to the theatre to attend a performance of classical ballet is certainly a perfect opportunity to get involved in the stories told and even if only for one evening to detach yourself from your everyday life, fully immersing yourself in this magical and sometimes surreal world that is classical dance.

The commemoration was established in 1982 by the International Dance Council - C.I.D. of the International Theatre Institute (ITI-UNESCO). The date commemorates the birth of Jean-Georges Noverre (1727-1810), who was the greatest choreographer of his time, the creator of modern ballet. In 2013, the 40th anniversary of the C.I.D. was celebrated.

Every year a message from an outstanding choreographer or dancer is circulated throughout the world. The author of the message is selected by the International Dance Committee of ITI and the Executive Council of ITI. The message is translated into numerous languages.
This year the International Dance Committee has chosen Friedemann VOGEL, a German dancer. Here you are the message for 2021: "Everything starts with movement – an instinct we all have – and dance is movement refined to communicate. Much as flawless technique is important and impressive, it is ultimately what the dancer expresses inside the movement that is the essence. As dancers, we are constantly on the move, aspiring to create these unforgettable moments. Regardless of the dance genre, it’s what every dancer strives to achieve. So, when all of a sudden, we aren’t allowed to perform anymore, with theatres closed and festivals cancelled, our worlds come to a standstill. No physical contact. No shows. No audiences. Never in recent history has the dance community been so collectively challenged to stay motivated, to find our raison d’être.
Yet, it is precisely when something precious has been taken away from us that we truly appreciate how vital it is what we do, and how much dance means to society at large. Dancers are often celebrated for their physical prowess, when in fact we are sustained even more by our mental strength. I believe it is this unique combination of physical and psychological agility that will help us overcome, to reinvent ourselves to keep dancing, and to keep inspiring."
A lovely message not only for the dance world but for all the society.