The fascinating history of Italian Fashion

That's how the magic happens: we don't know what's going on, and yet we realise that there's something strange in the air that gives us the shivers and that instant will change things forever. This time the protagonists are Italy, Fashion and a great desire for Beauty. 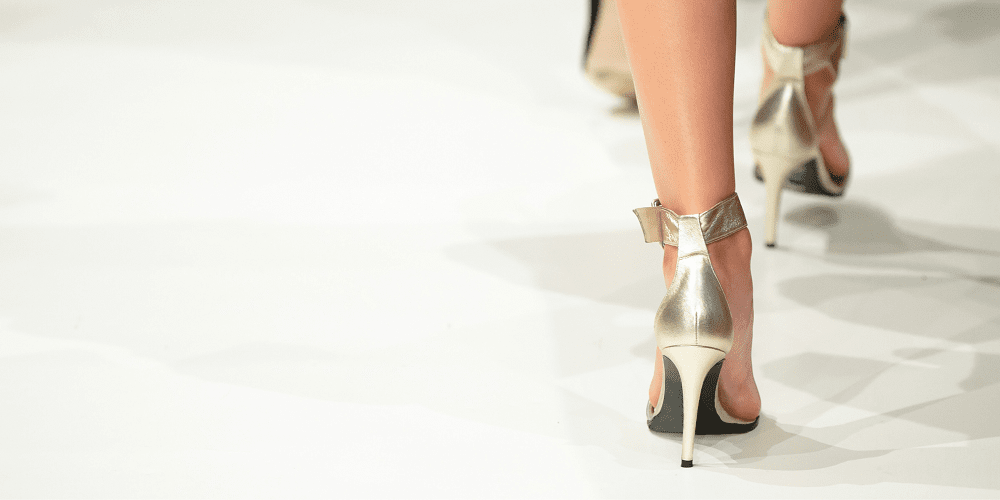 It is the 12th of February 1951 and we are in Florence. Giovanni Battista Giorgini (nicknamed Bista, marquis and businessman) organises the "First Italian High Fashion Show", an event for a handful of North American journalists and buyers: few but important. He manages to convince them to come to Italy to attend the fashion show the day after those in Paris, which until then was considered the only capital of world haute couture. In the salon of his Florentine home, Villa Torrigiani, ten Italian designers presented eighteen models each one: among the names, the Fontana sisters, the Fabiani fashion house, Emilio Schubert, Vita Noverasco, Joe Veneziani, Carosa, Simonetta, Marucelli, Pucci and Gallotti. After the last model leaves the catwalk at the end of the fourth day of the event, there is a round of applause from the audience, but it is not just a demonstration of esteem, it is one of those real applauses that come from emotion. The Americans returned to their country enthusiastic and that first show was widely publicised in overseas magazines.

Until then, haute couture houses only sold to private individuals, but there was no real commercial phenomenon. The headline in the following day's Press Paris said it all: "The Florence bomb shook the Parisian haute couture salons and threatened their monopoly". Italian fashion was born, understood as a long-term marketing policy aimed at the USA and, as I said, nothing would ever be the same again.

The White Room and the affirmation of Made in Italy style

Giorgini was perfectly conscious of how strong the image of the Parisian haute couture Maisons was, in fact he aimed to penetrate another market by proposing less sophisticated and more modern garments, according to a philosophy focused on the needs of the future and at prices much lower than those of French creations. The war had just ended, there was a need for beauty, and the evolution of things from that first show onwards proved Giorgini right: when he announced the second event, 300 came from America to attend. At the summer show in July 1951, organised at the Grand Hotel because of the large number of guests expected, the main fashion journalists of the time were seated in the front row and almost all the American commercial networks were there.

For the fourth "Italian High Fashion Show" on the 22nd of July 1952, the municipality of Florence granted the very elegant White Room in Pitti Palace and the event attracted an unprecedented number of participants, including journalists, buyers and important personalities captivated by the mix of craftsmanship, imagination, good taste and artistic sense that soon became the identity of the Made in Italy brand. From 1952 to 1982, the White Room was the epicentre of Italian fashion and the scene of fashion shows, thanks to which it became a worldwide phenomenon in terms of both image and business, with staggering numbers.

The decade of the 1950s was a period of great ferment, intending to conquer international markets. In 1954, the Florence Centre for Italian Fashion (CFMI) was created to promote all related events. The 1955 fashion shows established "Pitti" as the largest fashion fair in Europe and in 1958 the Italian Fashion Union Chamber was founded in Rome.

In those years, the cities of Milan, Florence and Rome were filled with ateliers, and the great icons of cinema, from Sophia Loren to Gina Lollobrigida, from Audrey Hepburn to Elizabeth Taylor to Marilyn Monroe, began to fall more and more in love with this all-Italian style that relied on fine fabrics and finishes. The "Bel Paese" was reborn in all its beauty: the 1950s were the years of "Vacanze romane" (Roman holiday), "La dolce vita" (The sweet life) and "Un americano a Roma" (An American in Rome), Italy was seen by the whole world as the country of parties, fine living and art. These were also the years in which Emilio Pucci conquered the Americans with his Sicilian collection in 1956 and those dedicated to the Palio di Siena (a medieval equestrian competition typical of the city of Siena in Tuscany) and Botticelli (1957 and 1959 respectively) and in 1959 Valentino opened his own fashion house in Via Condotti, in the heart of the capital.

The evolution of fashion to the present day 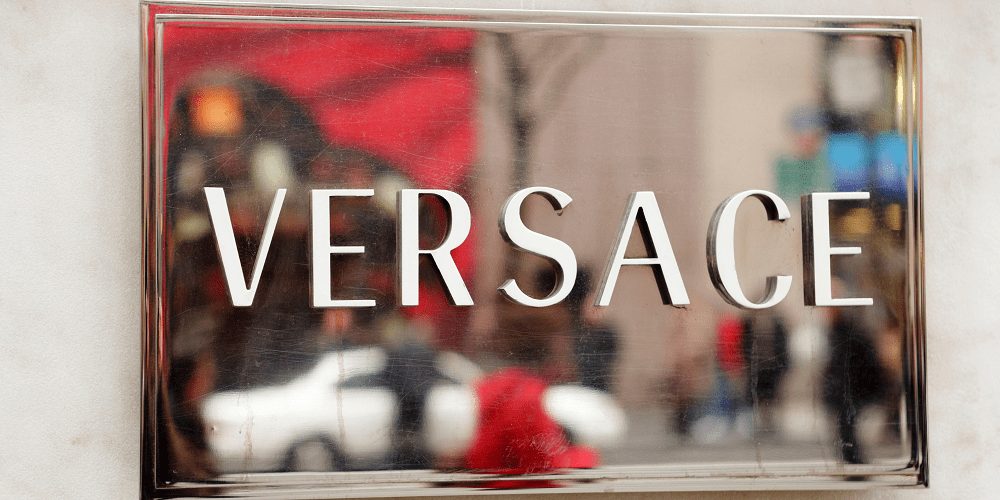 Fashion is one of the greatest expressions of the changing world and how people change with it. Major historical events, social and political battles, the advent of new ideals, the explosion of new music genres, the arrival of TV in homes and the increasingly widespread use of mass media: all these factors influenced the lines, shapes and colours that people used to express their identity, understood as identification or rebellion towards the era in which they were living. In the context of a fashion that was inevitably becoming increasingly global, the contribution of the great Italian designers never ceased to shine and to be seen by the rest of the world as synonymous with excellence.

The '60s were both a time of creativity and of great social upheavals, where young people embodied a revolutionary mood that wanted freedom from authoritarianism and old conventions and where the Hippy culture began to make its way. From the middle of the decade onwards, prêt-à-porter increasingly replaced haute couture and fashion became an expression of this great ferment through bright colours, showy accessories, miniskirts and flared trousers. In Italy 1966 was the year of Missoni's first fashion show.

The 1970s were the years of the threat of the Cold War, of peace protests and civil rights struggles, but also of legendary rock stars, disco music and "Saturday Night Fever”. The maxi-dress is the iconic garment along with wedge shoes, ethnic inspiration is evident in the fabric patterns and towards the end of the decade unisex fashion is born. One of the big Italian names of this period was Emilio Fiorucci, who introduced stretch fabric into fashion, perfect for his skintight suits suitable for disco-dance.

The '80s were the years in which consumerism became a global phenomenon and advertising became more and more invasive, in which the obsession with physical form was rampant and the "culture of appearance" also invaded fashion, which experienced one of the most eclectic periods in its history. The choice fell on bold colours and silhouettes, the keywords were "oversize" and "glittering", and colourful tights, ripped jeans, leather trousers and oversized jackets were among the iconic items. In Italy, Milan established itself as the capital of fashion, and during the Milan fashion weeks, two personalities of the calibre of Giorgio Armani and Gianni Versace were elevated among the gods, who would transform Italian prêt à porter into a signature of luxury throughout the world.

Talking about '90s fashion means talking about contamination of styles that took inspiration from different worlds and that gave birth to a casualwear whose iconic items were high-waisted jeans, slip dresses, colourful sweatshirts and checked shirts. Once again, celebrities from the world of music and television influenced the look of their "followers", and we also saw a return to the more chic and sensual minimalism chosen by famous film stars and top models. Miuccia Prada herself “succumbed” to the allure of “lessi is more” with her 1998 collection.

And here we have the 2000s, where styles from past decades are mixed, where inspiration is taken from different continents, where "ecological and ethical" clothing is becoming increasingly important and is clearly expressed in the fake fur boom. Often the fashion of these years has been anything but glamorous and decidedly un-chic, and iconic items include tracksuits - especially Adidas -, ultra-low-waisted trousers, crop tops, Dr. Martens, Timberland boots and Nike Silver, all amidst a media bombardment that has created an obsession with thinness, especially in women. In the meantime, Domenico Dolce and Stefano Gabbana, became the emblematic designers of Italian style and Made in Italy.

We have now arrived at the present day. Since 2010, Social Media has turned our lives upside down, influencers are the new Bible and the environmental issue has become omnipresent. In the midst of all this, online shopping is becoming more and more of a habit, we tend to prefer greener clothes, trainers often replace stilettos and we match them with almost everything, not to mention hashtags and slogans printed on cotton T-shirts.

Reviewing the history of fashion in an increasingly globalised world, with a focus on how the great Italian designers have contributed over the decades, certainly deserves a closer examination. Fashion, after all, is nothing more than one of the best ways to express ourselves without having to speak, a universal language that knows no limits to vocabulary but affirms who we are, with a shout or a gentle whisper.

I look forward to seeing you in future articles.