The charm of aquariums, here are the 5 most beautiful in Italy

Discover the most fascinating aquariums in Italy and let yourself be transported to the depths of the sea. The aquarium in Genoa is one of the largest aquariums in Europe and among the most famous in the world for its remarkable exhibitions. It locates in Ponte Spinola, near the old port of Genoa. A real treasure of biodiversity, the structure is about 27 thousand square metres large and houses 70 tanks, 12 thousand animals and 600 different species, including fish, mammal birds, reptiles, amphibians and invertebrates. Thirty-nine tanks form the main path of the aquarium. They faithfully reproduce the underwater habitats from all over the world. In addition to the indoor tanks, it is worth visiting the open-air exhibition area inaugurated in 2013 by the famous Italian architect Renzo Piano and dedicated to cetaceans. Finally, inside the Nave Italia, visitors can find 19 tanks making up the Biodiversity Pavilion dedicated to the Mediterranean Sea and Madagascar underwater world. Genoa's aquarium is an Italian pride to be treasured. Every year millions of visitors come to the Ligurian city not to miss the opportunity to immerse themselves in an aquatic world and see the wonders of nature with their own eyes. 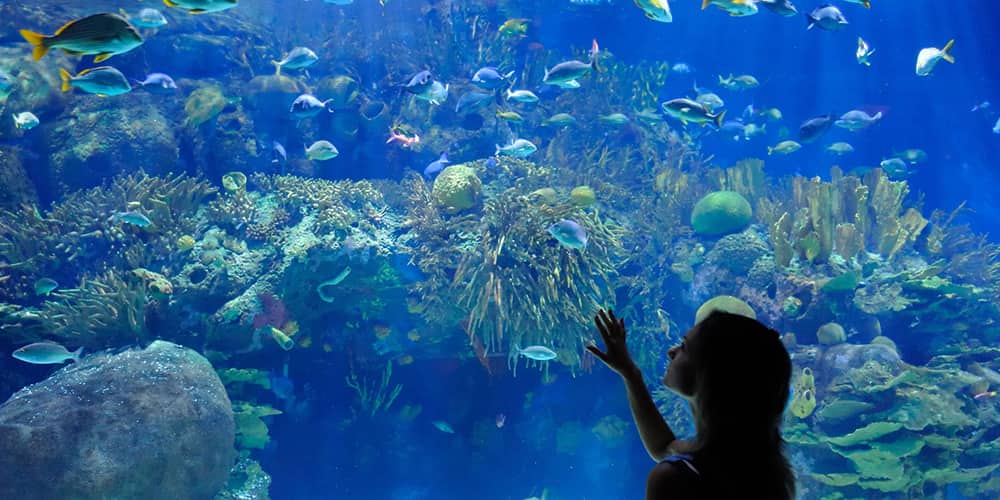 The largest aquarium on the Adriatic coast, Le Navi in Cattolica was inaugurated in 2000 after a painstaking restoration of the XXVIII Ottobre marine colony. The aquarium is one of the most fascinating marine parks in Italy. The guided tour runs along four routes, each marked by a specific colour. The blue route explores the biological evolution of planet Earth and showcases the ecosystems of the Mediterranean and the Pacific, Atlantic and Indian oceans. Among the highlights of the trail are numerous sharks. The green route is dedicated to exotic fauna, where you can see chameleons, frogs, insects, snakes, amphibians, geckos, land tortoises, lizards and iguanas. The purple route is the most mysterious and fascinating way that leads visitors to the most remote depths of the seas, to discover the rarest and most unusual inhabitants of the abysses. The yellow route is a plunge into the history of navigation, a journey through man's most famous adventures to discover new lands. Here you can admire, among others, otters and caimans. 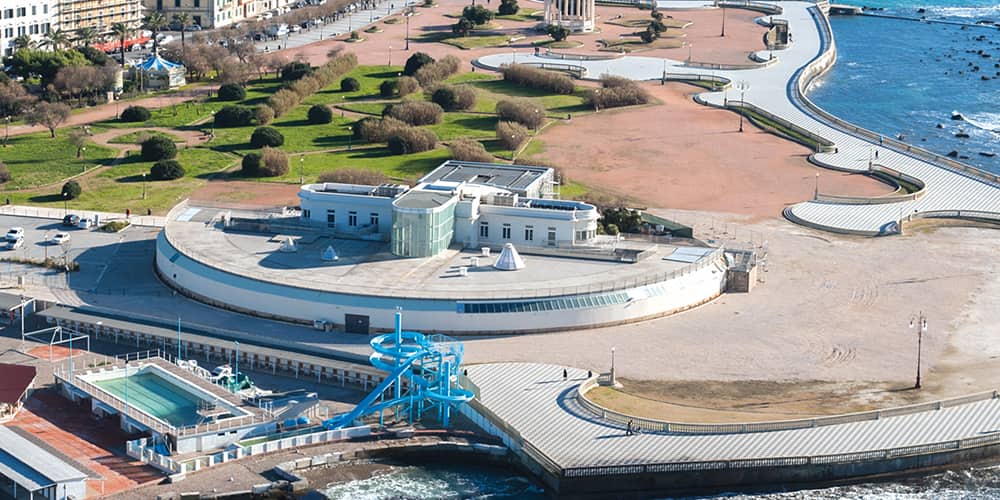 The Aquarium of Livorno locates on the seafront and the edge of the Terrazza Mascagni. It was inaugurated in 1937 and was dedicated to the famous Italian naturalist Diacinto Cestoni.

Unfortunately, it got destroyed during the Second World War. Since then, it has been rebuilt several times until the last renovation in 2010. "Where fantasy takes shape" is the motto of the Livorno aquarium. Here you can embark on a journey through exhibition tanks, a tunnel and a tactile tank. Inside the exhibition area, visitors can admire about 150 species of animals, such as sea creatures, amphibians, insects and reptiles. The first floor of the building leads to the panoramic terrace overlooking Livorno's seafront and the archipelago. 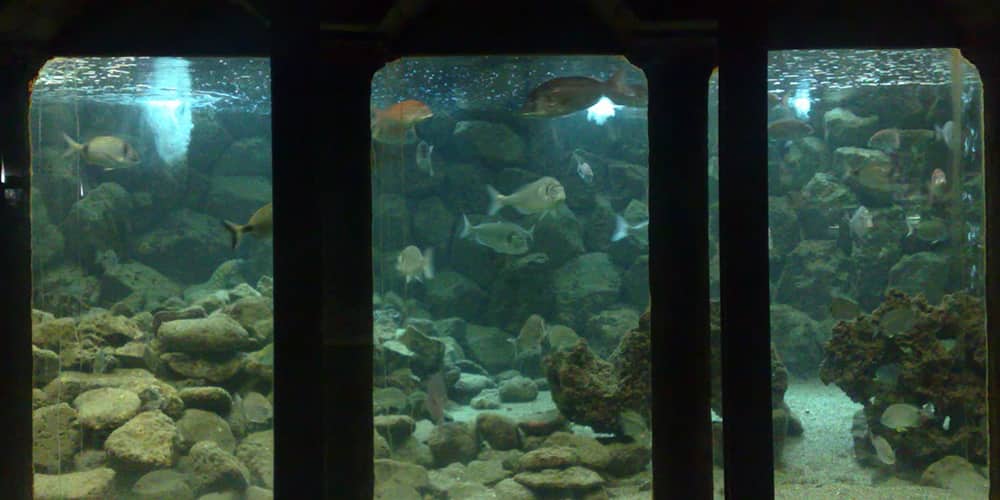 The Aquarium of Naples is the second oldest aquarium in Europe and the first among the existing ones. It was opened to the public in 1874 and is part of the Anton Dohrn Zoological Station, an important scientific institution and research body in the biological and oceanographic fields. The purpose of the Zoological Station is to study the marine biology processes with a particular focus on the evolutionary dynamics of the ecosystems. The aquarium houses about 30 tanks and more than 200 marine, animal and plant species. Most of the creatures in the tanks come from the Gulf of Naples. Periodically, it is possible to observe several sea turtles of the caretta caretta species, rescued from dangerous situations and reintroduced into their natural habitat. 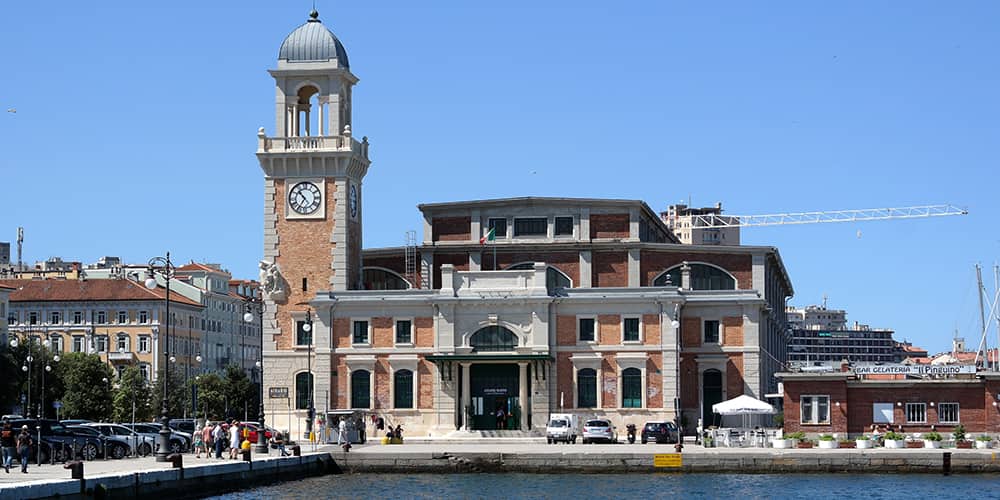 The journey through the depths of the seas ends in Trieste with the Aquarium inaugurated in 1933. It houses 25 tanks and recreates various marine environments. Most of the animal species in the tanks come from the Adriatic coast. For many years, a 31 years old penguin named Marco has been one of the main attractions of the Aquarium. The exhibition locates in the building of the former Central Fish Market, erected in 1913 by the Italian architect Giorgio Polli. The current aquarium bell tower used to be a 'water tower' in which a reservoir of seawater was piped to the fish market.