The Colosseum is one of the architectural works in Italy that have conquered the whole world with its grandeur and eventful history. 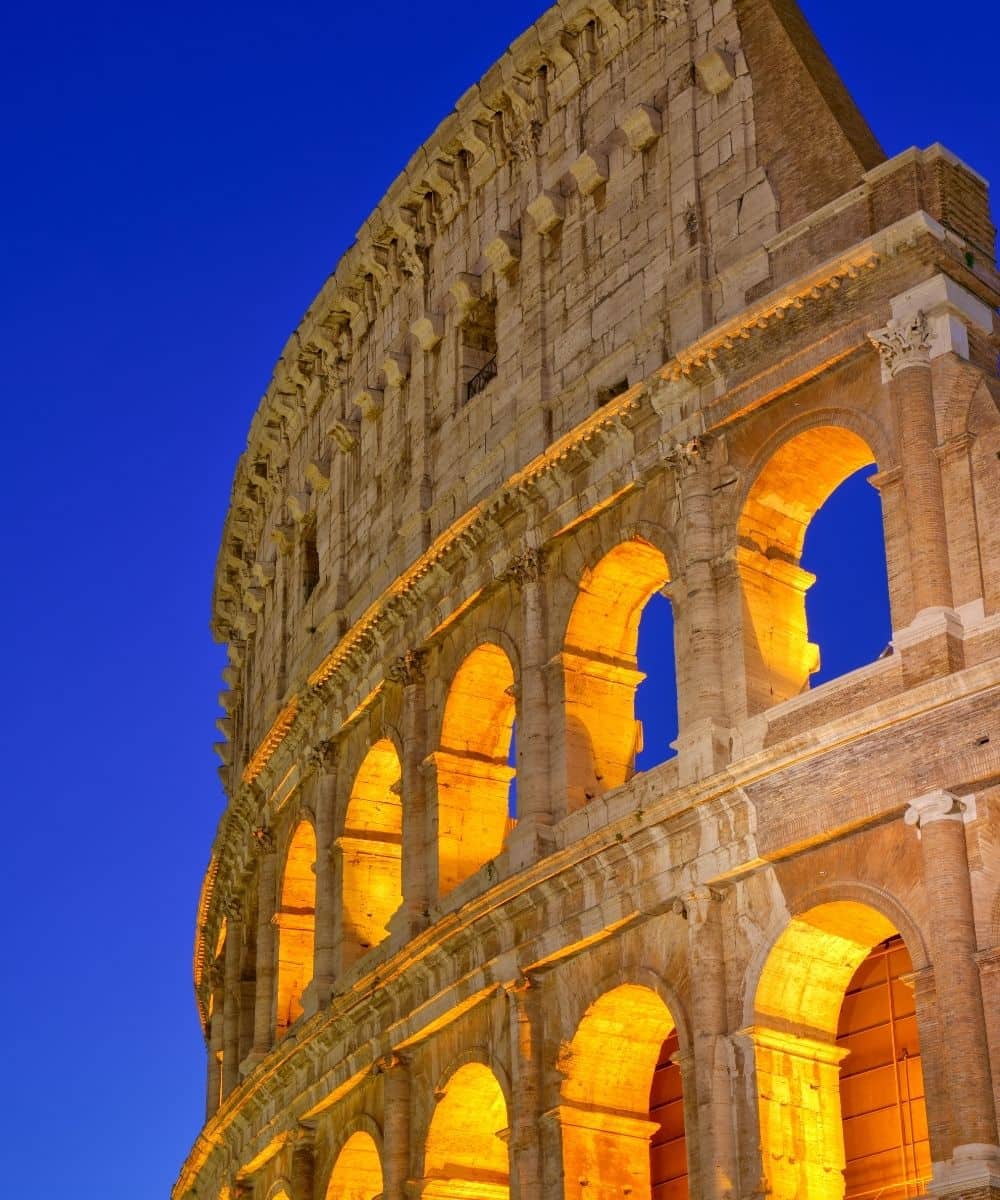 Do you know the Colosseum? The ancient Flavian amphitheater is one of the architectural works in Italy that have conquered the whole world with its grandeur and eventful history. But let's start at the beginning...

In ancient Rome, great importance was attached to entertainment, sport, and games in general, which is why stadiums and theatres were built in the city.

But if the Roman theatre, as well as the Greek one, was the place for acting in the present sense (comedies, tragedies, satires were staged there), the place for "entertainment" par excellence was the amphitheater, a word that "doubles" the theatre both architecturally and metaphorically: anphì, means in fact - on both sides - this is because the theatres had a semicircular shape while the amphitheaters have a circular or elliptical shape (as in the case of the Colosseum), this is also possible because of the new construction techniques that the Romans adopted for masonry buildings.

Click here for more info on Colosseum tours and tickets❯

The Colosseum, the shows of the most famous Roman amphitheater in the world

As said before, amphitheaters like the Colosseum were the place of entertainment par excellence, but what are we talking about? Often they were very violent fights or exhibitions to the death, starting at dawn and ending at dusk (sometimes they continued for several days).

There were different specialties: there were the Venationes, i.e. the fights between man and animal that were characteristic of the morning.

Then there were the gladiator fights, which were widely advertised, and in the days immediately preceding them, one thinks that the Colosseum could hold more than 50 thousand spectators. The public was fundamental and often influenced the final decision of salvation or death for the protagonists of the challenge.

There were also other types of physical tests such as chariot races, athletic competitions, and even the putting to death of the condemned. At the end of the day, there were rich prizes for the winners such as precious stones or money, garlands or golden crowns, and the glory of the population who acclaimed some athletes and gladiators as heroes.

But the specialties that could be admired in an amphitheater-like the Colosseum did not end here, there was the spectacular naumachia, real naval fights that also referred to historical, mythological, and legendary battles. The space of the Colosseum was thus flooded by a sophisticated irrigation system, which still raises many questions from historians and archaeologists all over the world.

Colosseum in Rome, everything you need to know (Tickets and tour info)

Have you been struck by the beauty and history of the Colosseum and want some useful information for your visit? Here we are ready to help you.

First of all, let's start with the cost of the ordinary ticket, which is 16€. It will be valid for 24 hours and allows only one entrance to the Colosseum, excluding the arena floor. The price also includes a single entrance to the archaeological area of the Roman Forum-Palatine and any scheduled exhibitions.

For 22 € instead, it is possible to buy a Full Experience which also includes the arena of the Colosseum, the underground of the Colosseum and the arena as well as the Oratory of the Forty Martyrs, the Palatine Museum on the first level, the exterior of the House of Augustus and the Temple of Romulus. A vast cultural offer that goes far beyond the ancient amphitheater and that will let you know and explore the customs and traditions of ancient Rome.

It is worth noting that up to 25 years of age you can get a reduced entrance fee of €2 (also Full Experience) and that several categories of people (e.g. minors, students of art history, teachers) are entitled to free admission.

Further info about Colosseum in Rome❯