Pula and the archaeological area of Nora: the jewels of South Sardinia

Whether in summer or winter, you will always find something interesting to do in Pula: archaeological treasures to discover, natural landscapes to admire, beautiful beaches and the crystalline waters typical of Sardinia. There is no lack of fun, nightlife and sports activities as well. Below, we tell you about the impressive archaeological site of Nora, an unmissable destination.

Pula lies 35 kilometres from Cagliari, in South Sardinia. It has fascinating origins and is today one of the most famous tourist destinations in Sardinia. Inhabited by just over 7000 people, Pula once was mainly an agricultural town. However, during the last century, it has undergone a considerable economic boost that, today, has brought it to be a perfect location to live an unforgettable Sardinian experience. In addition to diving into the magnificent waters of its golden beaches, we recommend some things to see.

The beautiful forest of Is Cannoneris is a protected wildlife oasis and, in particular, aimed at preserving a local species of deer. In addition to enclosing the largest holm oak forest in the Mediterranean area, the forest also hosts numerous foxes, wild boars, hawks and golden eagles. Crossing it on foot or by bike will take you through long trails where you will be delighted by the majestic landscape. On the other hand, if you move by car, you can also reach Punta Sebera (an almost 1000 meters peak), from where you can see the whole southern Sardinian coast: the view is unparalleled. 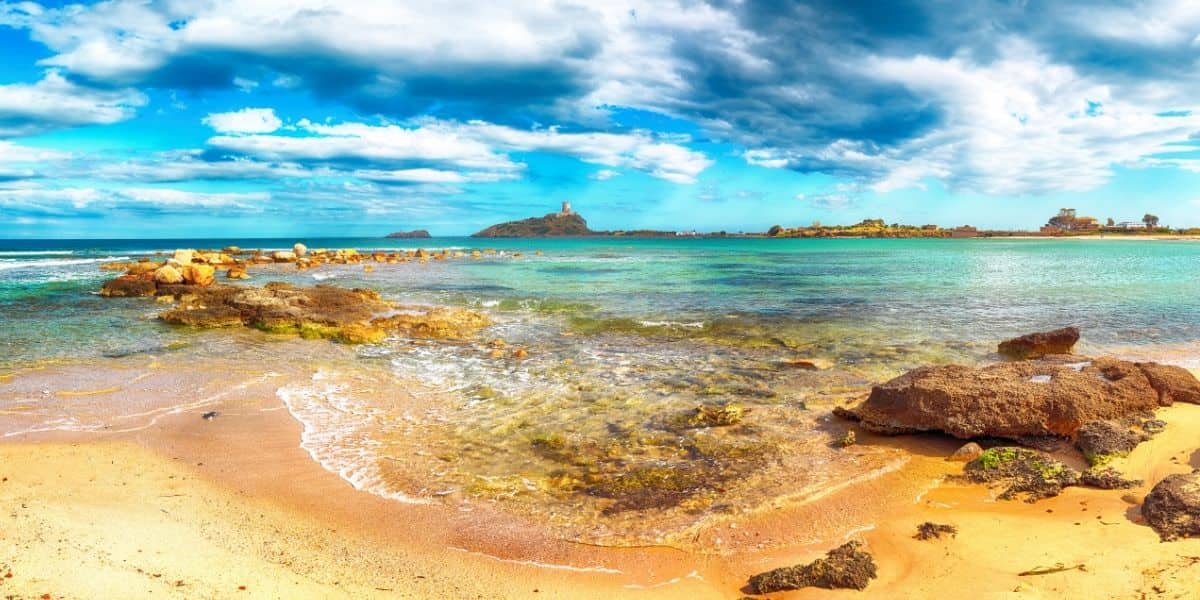 A stop in the small church of Sant'Efisio is a must. This chapel built in Romanesque style preserves an ancient history. According to tradition, it was built in the exact place where the martyrdom of the patron saint of Sardinia occurred. From here, then, you follow a path that leads to Capo di Pula, where you will find the remains of Nora.

Nora is located on the peninsula southwest of the Gulf of Cagliari, rising on the beautiful promontory Capo di Pula. Its famous archaeological site houses the ruins of one of the most influential cities in archaic Sardinia. Crossing a history of three millennia, Nora tells us its ancient origins. It was the first Phoenician city in Sardinia (8th century BC) and then passed into the hands of the Carthaginians. Finally, it became a major Roman centre in the 3rd century AD. Under the Punic rule, the city served for years as an administrative, religious and commercial centre. Then, with the Roman conquest, it became the governor seat and obtained the title of municipium (a city community officially linked to Rome). In the same historical period, Nora became caput vie, which meant that all the island roads started from the city. Successively, as a result of frequent pirate and barbarian raids, the city was abandoned, pushing the population to the inland areas and paving the way for the foundation of Pula.

The Archaeological Area of Nora 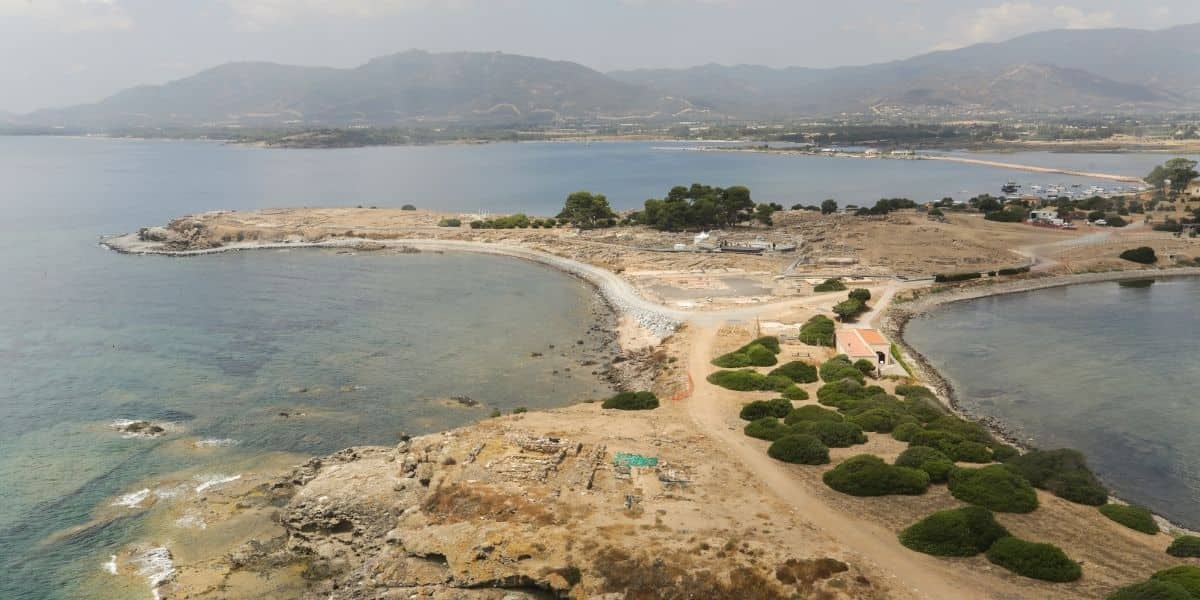 The site was rediscovered only in the 1950s. Following a storm in the late 19th century, the remains of an ancient Phoenician-Punic cemetery were brought to light, and then the excavations began. To this day, much of the site remains submerged. Therefore, the archaeological area is constantly expanding, and excavations continue tightly. The site has characteristics of all the dominations of the city, from the Phoenician winding streets to the typical urban structure of the Roman period. There are also numerous remains of ancient private houses, sometimes decorated with what remains of ancient mosaics. In the northern area of the site, you can see the necropolis, the aqueduct and the amphitheatre. Today, the theatre lends itself as an evocative setting for the summer theatre festival Le Notti dei Poeti (The Nights of Poets), a series of prose and music performances. On a small hill, the remains of the Temple of Tanit dedicated to the goddess of life worshipped by the Carthaginians rise. In the heart of the city, instead, the typical Roman public square called forum stands. Finally, Nora retains an important spa area, which has always been dear to the Romans. It seems that the city housed several spas - both for public and private use - decorated with beautiful mosaics. 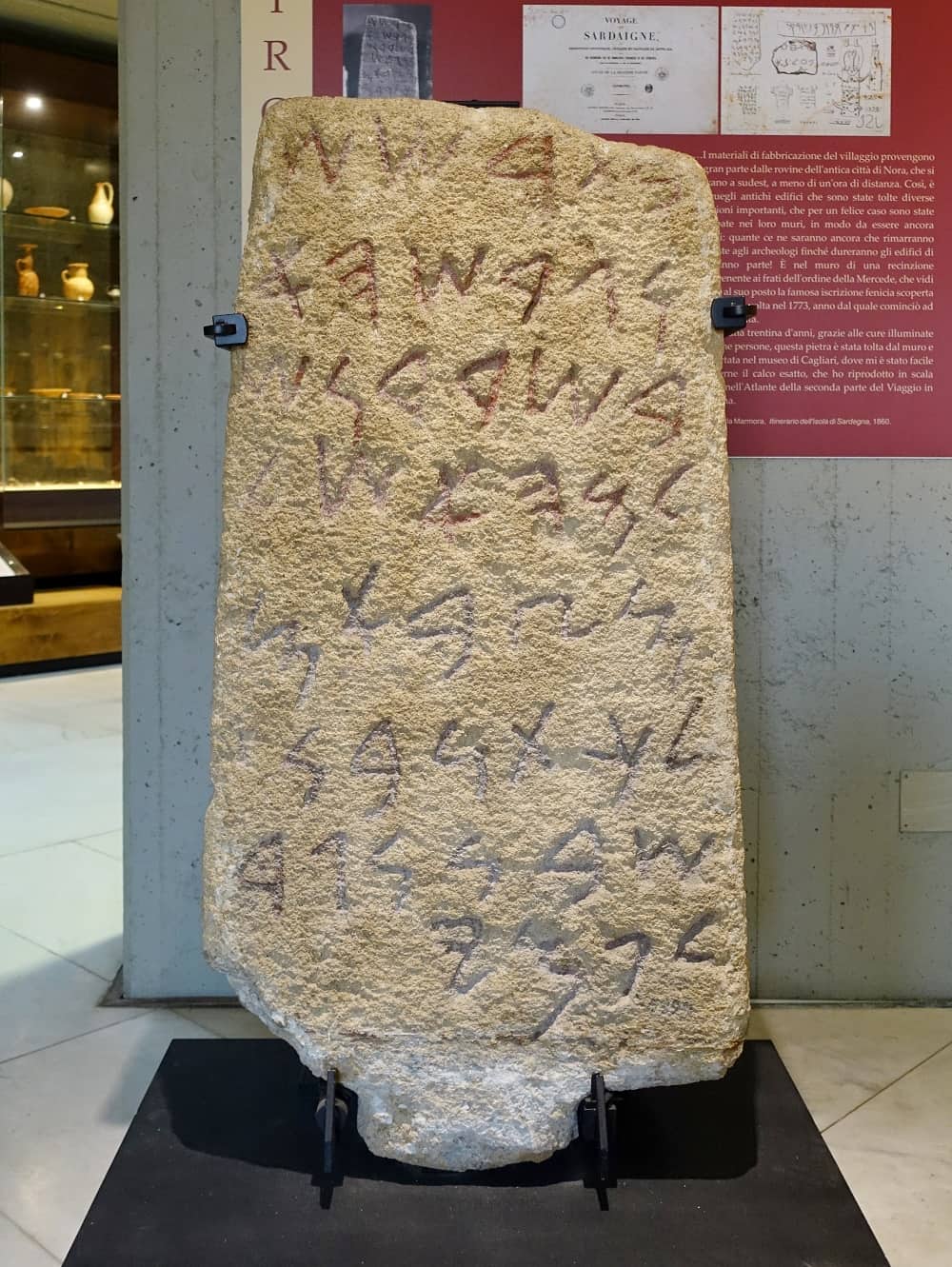 Thanks to the meticulous archaeological excavations in the area of Nora, numerous archaeological finds have been tracked down over the years. Today, all the finds are preserved at the Archaeological Museum of Cagliari and the Archaeological Museum of Pula. Among the most important discoveries, we point out the Nora Stone, the oldest written historical document of the Mediterranean and West civilization. The sandstone rock block reports an ancient inscription in the Phoenician alphabet, the oldest ever known. The find is hard to interpret and, for this reason, is still being studied today.

The passage of time has made the sea become the jealous guardian of much of this ancient city. Not surprisingly, still today, part of the city is submerged. On favourable days, you can behold some stretches of the old city on the seabed. However, we advise you to dive and do evocative snorkelling sessions to admire the wonders of the submerged civilization closely.

Beyond the archaeological excursion

In addition to the important archaeological site, Nora also offers beautiful natural scenery, ancient buildings and magnificent beaches. Once the archaeological visit is over, we recommend you take a tour of the city. You will discover a place rich in history and traditions, where the inhabitants friendliness, the delicious fresh fish dishes and the unspoiled nature will make you live the purest Sardinia. Visit the Visit Pula website to learn more.