Leonardo da Vinci: a made in Italy brand

Leonardo da Vinci certainly deserves a place of honour among the most important figures in Italian history. Do you agree?

Artist, inventor, musician, writer: his works and his brilliant originality are known worldwide. In short, Leonardo da Vinci is an authentic Made in Italy brand, an Italian pride. How many of his masterpieces or inventions do you know?

Leonardo and the myth of Mona Lisa 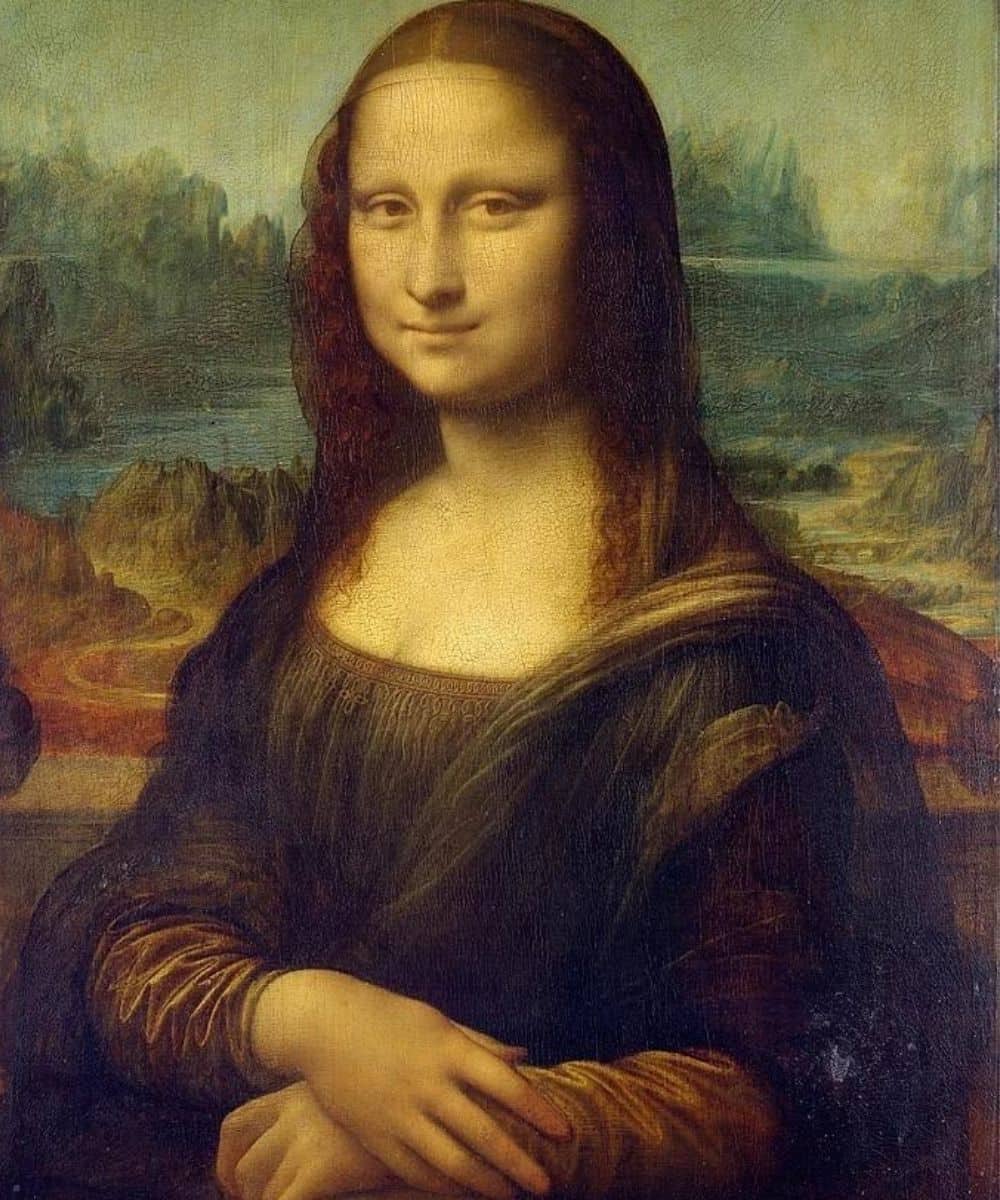 Thousands of pages have been written and countless documentaries filmed about Leonardo da Vinci. Every one of his creations is worthy of fame and imperishable glory! Undoubtedly, his name is linked to one work that stands out above all others: the famous Gioconda, also known as Mona Lisa. There are many interpretations of the enigmatic painting that the great artist took with him to France, where "his holy remains" still rest. However, the myth of Leonardo da Vinci cannot only be enshrined in the magical painting now in the Louvre.

In Leonardo like in Goethe, love is the mystery underlying universality.

Leonardo and Italy: the Uffizi Gallery in Florence 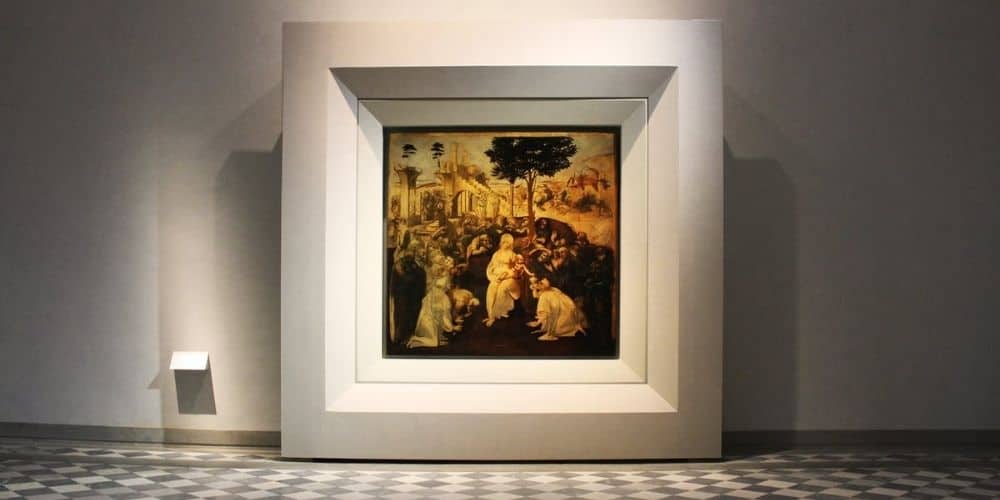 To appreciate Leonardo da Vinci's early works, you should definitely visit the Uffizi Gallery in Florence. In fact, in Room 35 of the famous Florentine museum, which has recently been rearranged, you can see three paintings by Leonardo dating back to the period prior to his journey to Milan in 1482. The first is the famous Baptism of Christ, painted for the Church of San Michele in San Salvi (Florence) between 1475 and 1478, when Leonardo was still in the workshop of his master Verrocchio.

The second work is the Annunciation for the Church of San Bartolomeo in Monte Oliveto (in the very heart of Florence). It is a cover image for any self-respecting art history textbook. This is a painting where Leonardo gave the first examples of his studies on atmosphere and aerial perspective.

The last one is The Adoration of the Magi, painted for the Augustinian Convent of San Donato in Scopeto (Firenze) starting from 1481 but left unfinished because of the aforementioned trip to Lombardy.

Leonardo and Italy: Milan, the Cenacle

The historiographical tradition tells us that Leonardo was sent with Atalante Migliorotti in 1482 by Lorenzo il Magnifico to the Milanese court of Ludovico il Moro for a particular mission: to present to the Duke of Milan a silver lira made by himself. Thus began Leonardo's Milanese stay, a stay made of art, science and a great genius. But not all of Leonardo's Milanese works remained in their homeland. Just think, by way of example, of the two versions of the Virgin of the Rocks, migrated to the Louvre in Paris and to the National Gallery in London.

The work, instead, that we can still admire on the spot, and that every visitor cannot miss in his stay in Milan is the famous Last Supper also known as the Cenacle painted by Leonardo between 1494 and 1497 in the refectory of the Church of Santa Maria delle Grazie by will of the duke Ludovico il Moro. Leonardo wanted to do the work, however, by resorting to a particular interpretation of his mural painting: for this reason the painting immediately deteriorated, forcing him to a "secular battle with time and with restorers". One of Leonardo's many experiments, genius and recklessness ...

But then, did Leonardo really depict the Magdalene next to Jesus Christ?

At the Genius' home: the Leonardo da Vinci Museum 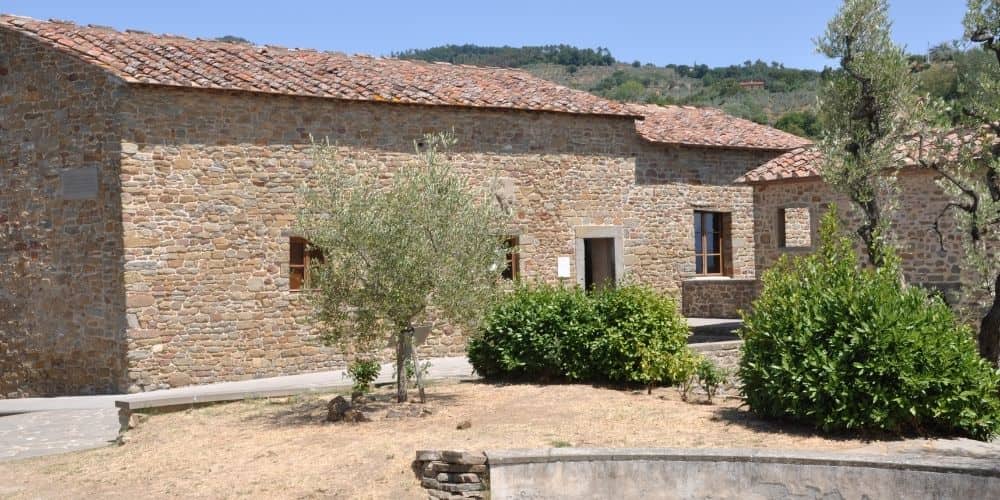 Our (and your) journey into the wonderful Leonardo's "made in Italy" world ends right there, where it all began back in April 15, 1452. In fact, the last and mandatory stop is right in his hometown, in Vinci (small village near Florence), to visit the Leonardo Museum.

The history of the worthy institution begins during the 4th centenary of Leonardo's death, in 1919, with the donation of the Counts Guidi's Castle to the Tuscan municipality. Another fundamental date is 1953, when IBM made an exceptional gift to the municipality of Vinci: a conspicuous number of models made on the basis of some projects of the Tuscan genius. Since then the Museum has become, also thanks to the constant work of modernization and renovation and the expansion of the site with the acquisition of the Palazzina Uzielli, the living and beating symbol of "Leonardo's great brain machine".

And that’s not all! In fact, inside the rich and articulated path through the museum, there is also the Casa Natale of Anchiano (Leonardo's birth house), where the Tuscan artist gave his first cry. It is in this sacred place, so loved and studied by the scholars and intellectuals of the nineteenth century, that your journey must come to an end. In prayer, with the head turned to the Mecca of Art and Science...

Once you have seen Leonardo, you no longer think about the possibility of achieving much progress.