Antiquity relives its old splendour in the remains of two of the most famous cities of the ancient world: Pompeii and Herculaneum.

Pompeii and Herculaneum are the richest testimonies of antiquity in Italy and visiting them is an unforgettable experience to try at least once.
The two cities, "guarded" by time, have come to our day after more than two thousand years and are rich in treasures, even hidden, of priceless value that you will not find anywhere else in the world.
Find out with us what to visit in Pompeii and Herculaneum. 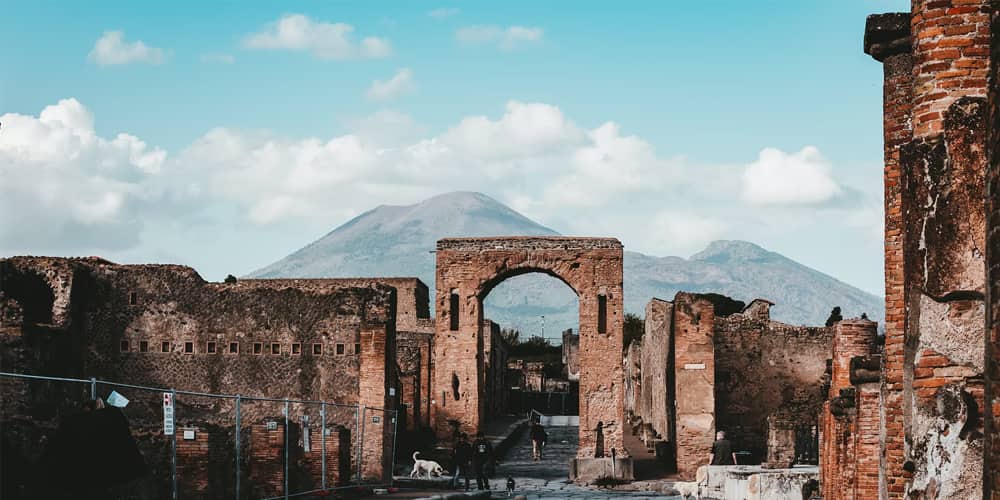 A stone's throw from Naples there is a treasure chest full of answers on the life of over two thousand years ago.  Pompeii is the largest ancient city in Italy and one of the richest testimonies of the splendour of the Roman Empire.

Visiting Pompeii is a pleasure for all the senses as the path is very wide and full of attractions.

The amphitheatre of Pompeii

The amphitheatre of Pompeii is the oldest stone amphitheatre ever brought to light, built just before the eruption of Vesuvius that covered Pompeii. It was the equivalent of the Colosseum south of Rome, complete with bloody battles between gladiators and circus games. It has an unusual structure compared to the other found amphitheatres: it has a capacity of 20,000 spectators, access to the amphitheatre was through some stairs, connected in turn to four entrances. There are two of these leading directly to the arena. The amphitheatre was equipped for the velarium, a sort of large tent, usually in linen or hemp, which covered the whole area.

A unique place, made famous in the world also by the famous Pink Floyd concert of 1971.

The house of the Fauno 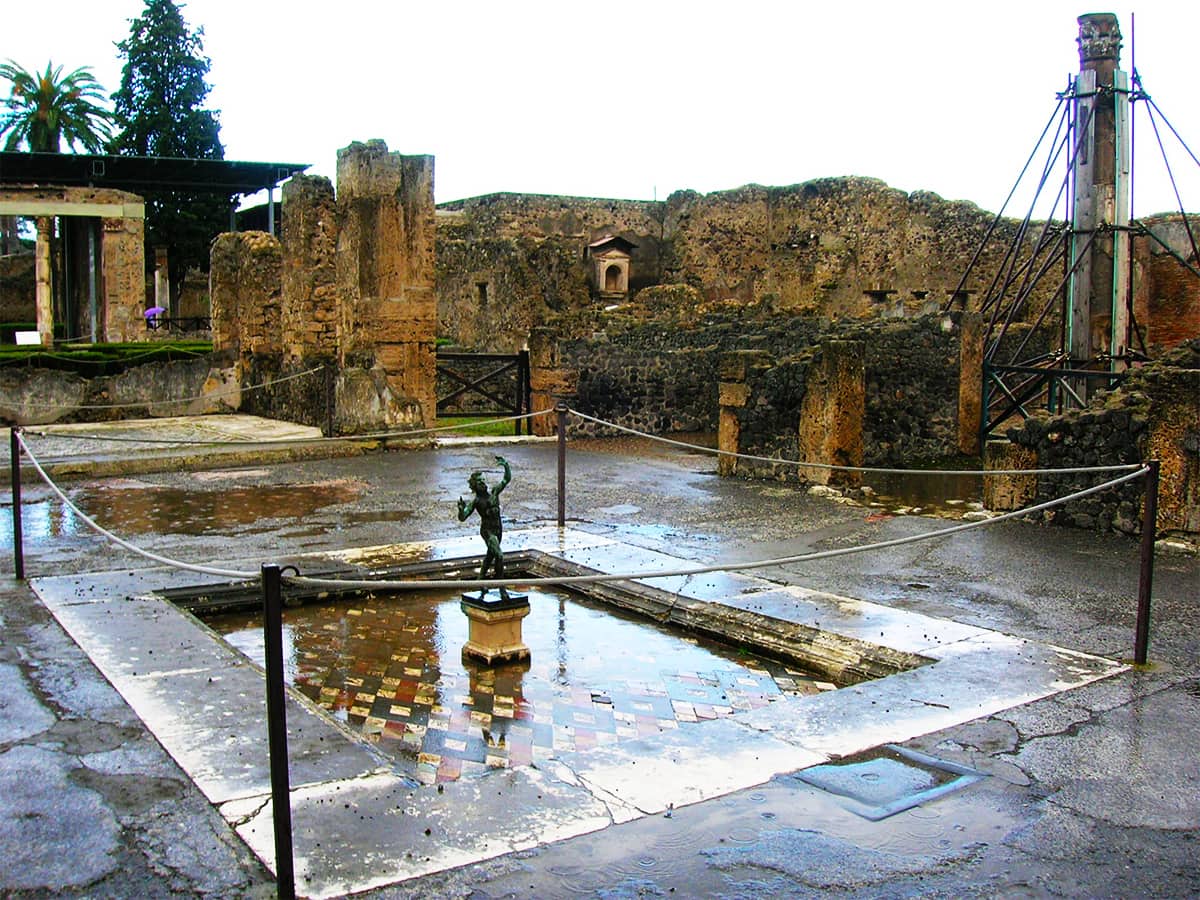 The house of the Faun is the largest Pompeian dwelling ever reached us with its 3000 square meters. The house takes its name from the statue of the Fauno, Roman divinity of the woods and nature, found at the centre of domus impluvium, and probably belonged to a rich Roman patrician. The domus is an obligatory stop in the visit to Pompeii, a stone's throw from the forum entering from Porta Marina, surrounded by large green spaces, the structure is characterized by multiple entrances that divided the private wing from the public one.

The centre of the house was embellished with the mosaic, now preserved in the MANN - National Archaeological Museum of Naples, which represented the victory of Alexander the Great over Darius, king of Persia.

The Villa Dei Misteri is one of the most famous buildings of the archaeological excavations of Pompeii even if it is outside the walls of the ancient Roman city. Its size and location outside the city suggest that it belonged to some wealthy patrician family.

The building owes its name to a large continuous fresco that archaeologists found inside of which the meaning is not yet known. The fresco represents the preparation of a woman in a sort of cult or religious rite; some believe that it's a Dionysian cult, others believe it is only a marriage ritual.

The house has many rooms decorated with second style wall decorations, ie with architectural drawings and in which archaeologists found many bodies of people swept up by the impetuousness of Vesuvius. In addition, a statue similar to Livia's one, wife of Emperor Augustus, in priestly clothing was found inside the house.

Herculaneum has a less extended archaeological heritage than that of Pompeii, as much of the city is still kept under the new Herculaneum, but despite this, it gives us beautiful evidence of the Roman city of two thousand years ago.

There are many things to see in Herculaneum, let's discover them together.

The Sacellum of the Augustus

One of the first things to visit in the Herculaneum is the Sacellum of Augustus. It is a type of Roman temple used for the veneration of human gods, i.d. emperors. A square-plan building that housed the college of august.

Inside this chapel, buried under many layers of volcanic material, the statues of some deities, such as Apollo and Venus, and many emperors including Vespasian and Titus have been found. On the walls of this chapel, there are two splendid frescoes of the legendary hero who gives the name to the city itself, Hercules. One represents the entrance of Hercules into Olympus accompanied by Juno, Minerva and a rainbow that figures Jupiter, the other depicts the struggle of Hercules against Acheloo. Inside the sacellum, there was the skeleton of the custodian on his bed.

The arches are warehouses (named fornici for their arch-shaped entrance)that were on the ancient beach of the city of Herculaneum, often used as deposits for boats. In 1980, around 300 human skeletons were in these premises intent on seeking shelter from the eruption of Vesuvius in 79.

The sword of a legionnaire, various precious objects and coins were found among the human remains. It's a sign that the citizens tried to escape with all their belongings from the city. The most important find, which was found in this area, is a boat that is long 9 meters.

The best way to visit Pompeii and Herculaneum 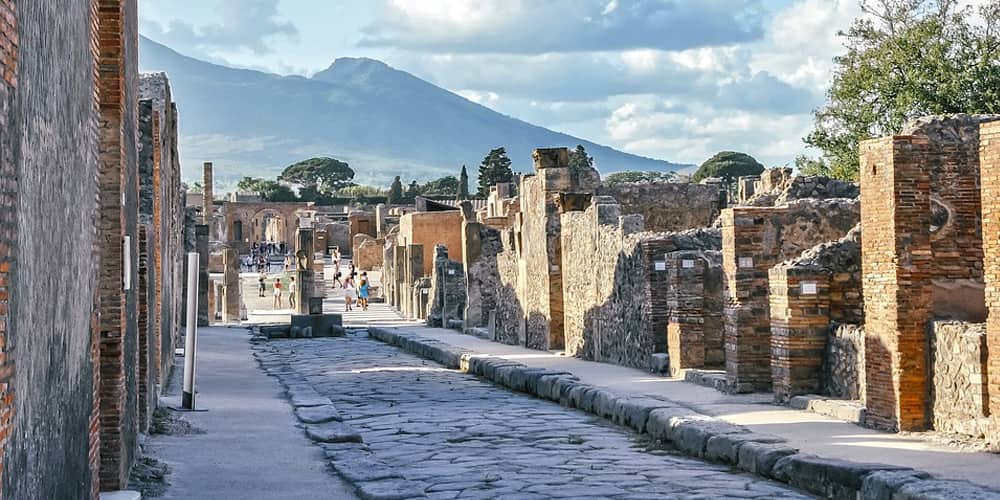 The best way to visit Pompeii and Herculaneum is in comfort. These archaeological sites are very large and it takes a good amount of time and energy to see them in their entirety. If you want to visit both sites, you have to take into account the distance between them and the time it takes to travel from one side to the other.

In short, the advice is to plan your visit well in order to avoid any inconvenience and to be on the safe side, to rely on someone who can organise the visit and travel for you. About that, Askos Tours is one of the best tour operators, specializing in archaeological-themed guided tours. Although the main focus is that of the Pompeii area, the tour operator offers itineraries in Campania and in Rome. The proposal of Askos Tours is very wide and suggests several predefined tours but it also offers you the possibility to create a personalized itinerary according to every needs.

To introduce you to the grandeur and beauty of Pompeii and Herculaneum in a few lines is almost impossible. Imagine having to visit one or rather two Roman cities the size of a contemporary city in one day. Every corner has two thousand years of history and could be hiding secrets of life in Roman times. The attractions we've told you about are just a few of the most important sights in these two cities, and they deserve a thorough and careful visit on your part.

So rush to Pompeii and Herculaneum and take a journey of over two thousand years back in time.