Carla Fracci: dance as a way of life

Carla Fracci was one of the most important figures in the world of ballet who conquered all the theatres of the world with her grace and tenacity.

"I danced in tents, in churches, in squares. I was a pioneer of decentralisation. I wanted my work not to be elite, relegated to the golden rooms of opera houses. And even when I was engaged on the most important stages in the world, I always came back to Italy to perform in the most forgotten and unthinkable places. Nureyev used to scold me: "Who's making you do it, you get too tired, you come from New York and you have to go to, say, Budrio... But I liked it that way, and the public always repaid me.

First steps in to the world of dance

Carla Fracci was born in 1936 in Milan into a family of humble origins, her father was a tram driver and her mother was a factory worker. She took her first steps in the world of dance thanks to the advice of some family friends, who suggested to her parents that she enrolled in a dance school after seeing her dance at home. For this reason, in 1946, at the age of 10, Fracci took part in auditions for La Scala in Milan, where the director, impressed by her face and her lightness of movement, decided to let her take part in the lessons. During her years of study at La Scala, she was taught by Vera Valkova, Edda Martignoni and Paola Giussiani, who struck by her talent, chose her as an extra in La bella addormentata (The Sleeping Beauty) with Margot Fonteyn when she was only 12 years old.
"At the beginning, I did not understand the meaning of the repeated exercises, of the sacrifice, of the mental and physical commitment up to the little finger", said Carla Fracci in an interview about her beginnings, referring to the day when, fascinated by Margot Fonteyn's dance, she had seen the choreographer approach her during a break and correct the position of her little finger. However, thanks to the meeting with this great dancer made her realise that sacrifices, study and discipline can produce poetry, and she began to experience the theatre as a second home.
In 1954 she graduated and the following year was called to join the corps de ballet of La Scala. On 3 March 1955, she danced in "Le Spectre de la rose" with Mario Pistoni on the same evening that Maria Callas made her debut in Vincenzo Bellini's "La Sonnambula"(The Sleepwalker). This ballet was Fracci's "Passo d'addio" (farewell step), a moment when young people who had completed their studies at La Scala showcased their talents. Later, on 31 December of the same year, she made her triumphant debut with Cinderella in the famous Milanese theatre, making the end-of-year evening unforgettable.

In 1958, at the age of 22, Carla Fracci was appointed étoile of La Scala Theatre in Milan. From this moment on her career as a dancer was luminous and successful, thanks to her extraordinary interpretative ability that opened the doors of all the theatres of the world and gave her access to the main roles in ballets. Among the most popular were her interpretations of Juliet, Swanilda in the ballet of Coppelia, Francesca da Rimini, Medea and Giselle, which is certainly the character that made her famous, in the role of the young peasant girl in love, with loose hair and a light tutu, allowing her to become part of the history of ballet forever. After the premiere of Giselle, which took place in London in 1959 at the Royal Festival Hall, many other performances took place all over the world. Among the most impressive was the one with Erik Bruhn at M.E.T. and the other with Nureyev in 1963, which enchanted the world for years.
"Dancing with Rudolf was a challenge. Difficult personality. Eccentric and competitive. But of great generosity. It was unacceptable for him not to work hard. And to earn his esteem, you had to be stronger and come out on top." With these words, Fracci recalled her meeting with the great dancer years later.
In her long career, she has been in the corps de ballet of companies all over the world such as the London Festival Ballet, the Sadler's Wells Ballet, now known as the Royal Ballet, the Stuttgart Ballet and the Royal Swedish Ballet.
Over the years, Carla Fracci has undoubtedly become a pivotal figure on the ballet scene. Eugenio Montale dedicated a poem to her "La ballerina stanca" (The weary dancer) referring to her period of maternity, presenting her almost as a sick person who is recovering because during her pregnancy she couldn't dance, but now that she was regaining her form and therefore returning to dance, she would no longer be a celestial creature like a cloud for having given birth to a child, but an earthly one, yet always special and extraordinary thanks to the artistic magic of dance and everyone would realise that, without her, ballets would seem like parades of the dead.
Moreover, in 1981, the New York Times described her as "the absolute étoile", underlining her great talent and the international importance she had now achieved. Among the many awards in her career is the Senate Award she received last year.

A life dedicate to dance 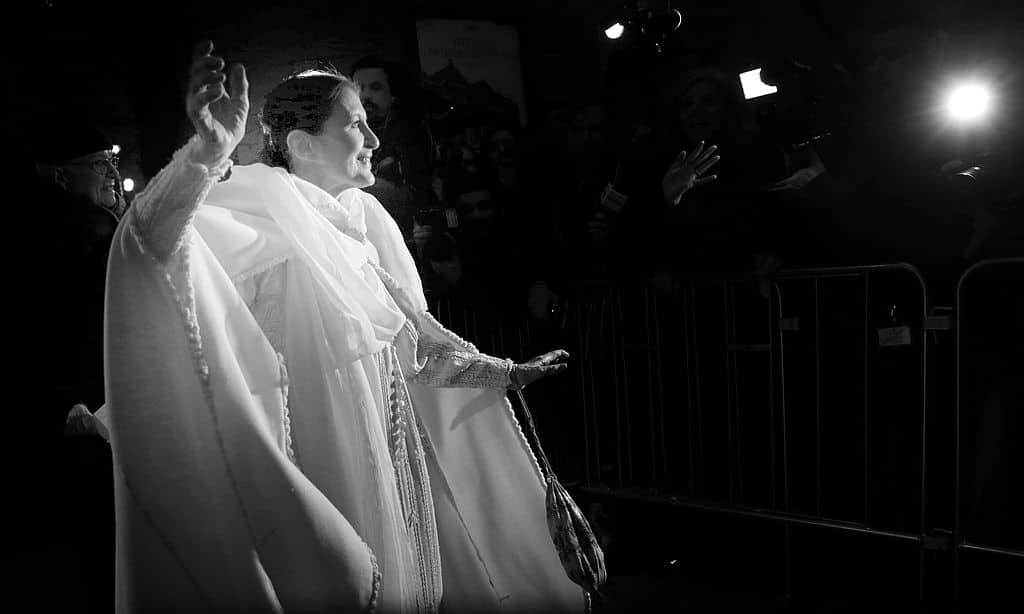 Throughout her career, Fracci has always fought in favour of dance and against its devaluation, opposing the dismantling of the corps de ballet of the opera foundations, including with an appeal in 2012 to the then President of the Republic Giorgio Napolitano. "Classical dance has given prestige to our country and, sadly, today it is considered residual. A noble art like this cannot be treated as a Cinderella". Furthermore, she has always been personally committed to keeping the spirit of dance alive on all occasions in which she has directed various theatres such as the Corps de Ballet of the San Carlo Theatre in Naples at the end of the 1980s, then in '96 that of the Arena di Verona, and from 2000 to 2010 the ballet company at the Rome Opera House, although she has always regretted not directing the ballet at La Scala where, precisely because of these disagreements, she has not danced since '99.
In January 2021, the new director of La Scala, Manuel Legris, invited Carla Fracci to hold two masterclasses on Giselle, which over time has been consecrated as 'her' character, thus mending that rift. "I was touched by the welcome from the whole theatre, the long applause. I felt respect and gratitude. I hope there will be more of these masterclasses. I want to explain to young people that technique is there but it should not be exhibited", she said referring to the meeting with the young dancers of the Milanese theatre.
Carla Fracci was undoubtedly one of the greatest dancers of both the 20th century and today. With her tenacity, lightness and unquestionable talent, she transmitted her passion and desire to dedicate her life to this extraordinary art that allows us to daydream. Her passing is certainly an unbridgeable gap for all those who are passionate about dance, and we can say that we have lost an excellent example of how in life it is not important to know where you come from, but only your desire to succeed and to dedicate yourself to what you love.