Bonito: the Irpinian village with the most beautiful street art in the world

Bonito is a hilly village with 2258 inhabits in the province of Avellino and on the border with Benevento's area. It rises in the green valleys of Calore and Ufita. In the past, it has often been a protagonist of, unfortunately, natural phenomena. Today, it is one of the "colourful villages" of Italy, where street artists from everywhere came here to requalify the place.

Bonito was born during the Middle Age in a land known for its fertility at the time. Proof of its medieval past is its square-plan Longobard castle, which left four cylindric towers and a wooden drawbridge.

Anyway, it seems that its origins are more remote. To confirm it, it is the finding of ruins of ancient baths close to the mineral water font of Vetecala or Veticale, near the village, in the area of Marroni.

The mummy of Bonito

Bonito has a mummy, but it has nothing to with the Egipt. This mummy is Vincenzo Camusso, an unknown character who the people of Bonito worship like a saint for more than two centuries and who they call Zì Vicenzo (Uncle Vincenzo) affectionately.

This burial method was standard between the XVII - XVIII centuries: they used to dry the corpses and then put them in the dungeon on the circular seat of stone with a hole in the centre. Under this seat, there was some sand where happened the draining of liquids.

Now the mummy is in a tiny chapel on the back of Bonito's church, and still, we don't know much about it. But one thing is sure; the inhabitants believe that it has thaumaturgical powers.

Many people from everywhere come to Bonito to ask grace to Uncle Vincenzo. Indeed, into the tiny temple, you will see many ex-voto images of graced people. 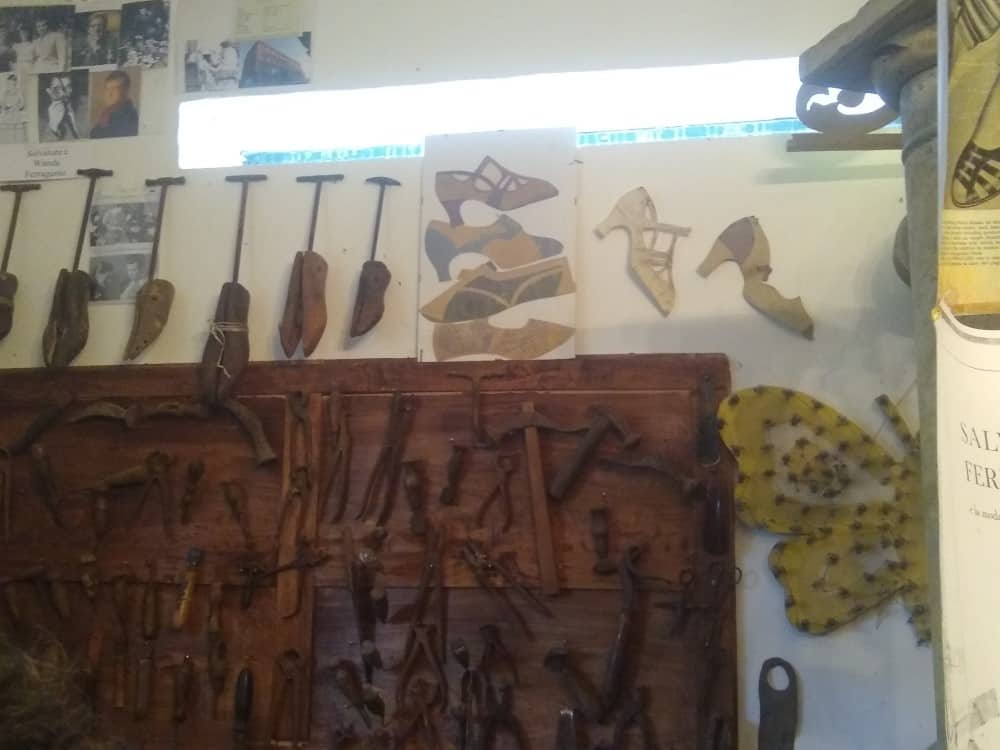 In Bonito was born in 1898 the famous shoe wizard Salvatore Ferragamo. Here, he started to pursue his new passion. He was still a child, and he used to make shoes for his sisters.

After a period of practice in Torre del Greco, he opened his first shop in Bonito. Then, he will leave Bonito to move to the United States and find great success in Hollywood, where he will become the Celebrities Shomaker.

In the end, he will come back to Italy. He will move to Florence, where he will open his women's shoes' empire, which is still synonymous with quality, luxury, and elegance today.

The Museum of the Lost Things in Bonito 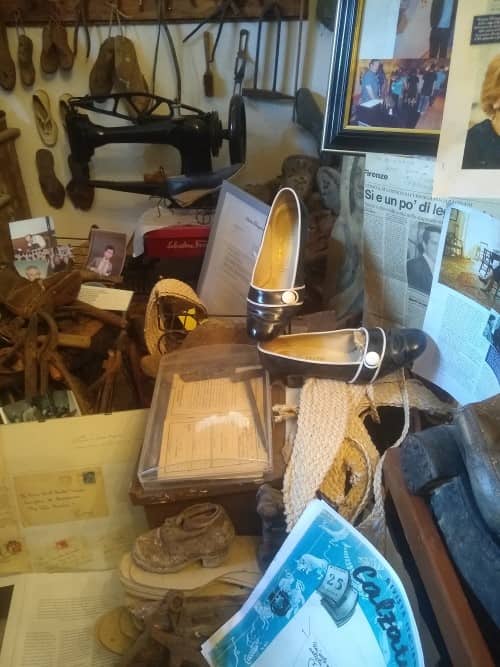 In Bonito, there is a man, Gaetano Di Vito, who, since he had 10, has collected rare and daily-use objects. Today, he is 45, and his passion has become a museum, a good collection for the Guinness book.

The museum is in a palazzo of Vico Masaniello, gifted to Gaetano by an old noblewoman of the village. There is stuff from the most disparate origin in the museum: from old rural tools to a piece of meteorite founded in Bonito's countryside.

The museum is open every day, and if you want to visit, you need to contact the creator, who will nicely do as a guide.

Bonito and the Street Art 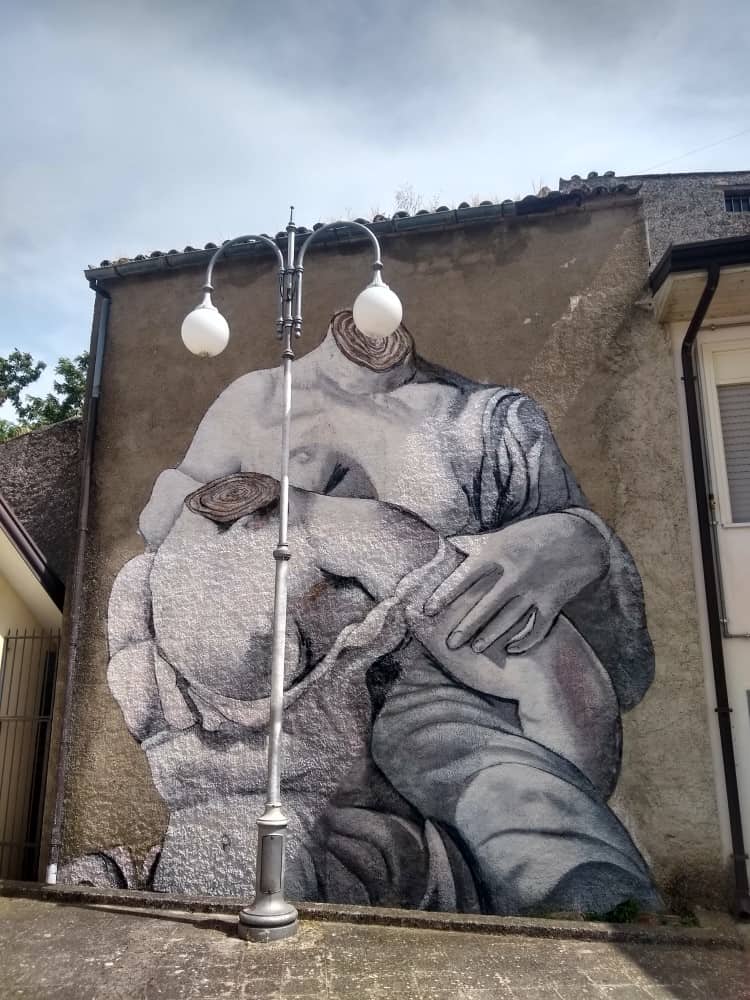 Since 2011, Bonito has been a proper open-air museum. The artworks are monumental and recoveries the walls of uninhabited houses or public housings. They don't impact the earlier artistic tradition but instead renew it and refine it. These street-art works allowed us to understand the urban space differently and made Bonito an obliged destination in Irpinia.

In Bonito is Genesi, a work by Argentine street artist Francisco Basoletti, considered one of the most beautiful murals in the world.

The work covers three walls whose central theme is fire. The fire has redrawn Bonito following the destructive power of landslides and earthquakes. Still, it is nevertheless generous with the fruits of the earth.

They are three draws that consist of a single transient figure. The female womb, representing the universe, conceals the cosmic egg, a primordial nucleus of vital energy. Her hands hold out liquid gold, the spark present in all things. Her eyes invite us to follow the tenuous thread of light that guides our lives through the labyrinth of the world.

The work was chosen from 50 murals created in Paris, Berlin, London, and New York by international artists such as Banksy, Os Gemeos, Artez, Natalia Rak, etc. 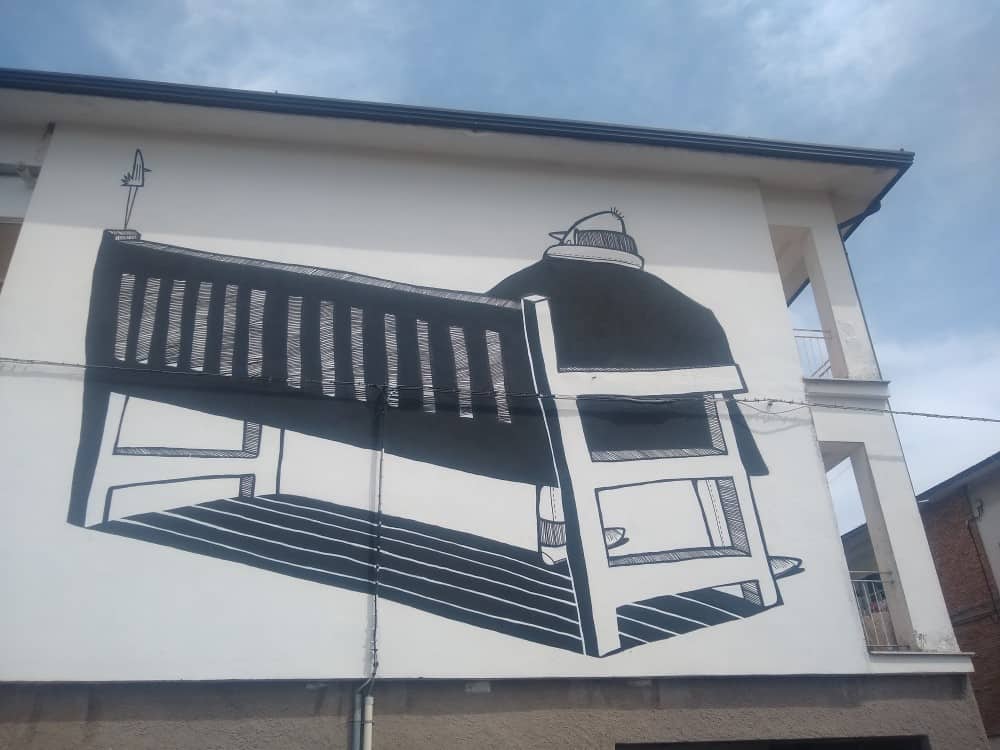 Collettivo Boca is an association of professionals, researchers and enthusiasts working in the field of urban creativity. The association implements and promotes practices and interventions to enhance urban and rural contexts, placing contemporary public art at the centre of territorial regeneration.

The idea was born in 2011 by some friends inspired by street art and the historic Argentinean neighbourhood Boca, a symbol of artistic freedom and urban awareness. 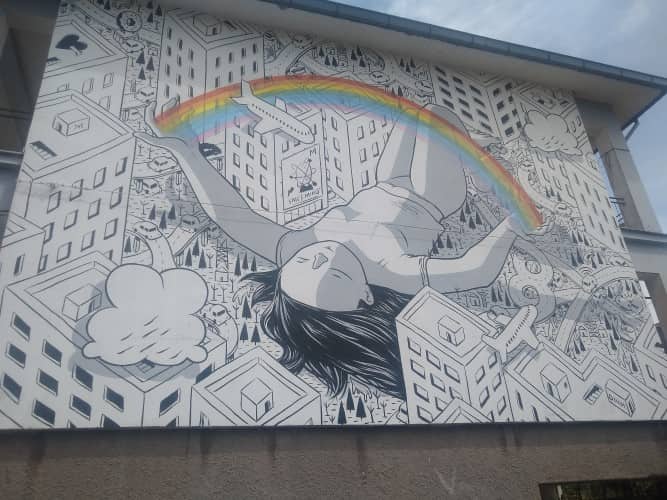 Also, thanks to the initiative of Colletivo Boca, since 2016, the urban art festival Impronte has been held in Bonito and other locations in Irpinia. Street art pays homage to Salvatore Ferragamo, one of the most interesting Italian designers born in Bonito.

The festival aims to promote knowledge of the eclectic personality of the "shoemaker of dreams" by comparing two different art forms. All this will occur in the urban space and will not lose sight of its requalification and renewed use.