60s Fashion: great italian designers and the birth of an immortal vintage taste

The 60s have a never waned fascination. In an increasingly global fashion, shapes and colours changed, and in Italy the names of some stylists emerged as interpreters of a cultural revolution in line with the great transformations of the world. Even today, the myth of the Sixties creates nostalgia and fashion occasionally takes its cue from it, proposing vintage-inspired garments and accessories.

The Sixties in the world: between social transformations and new icons 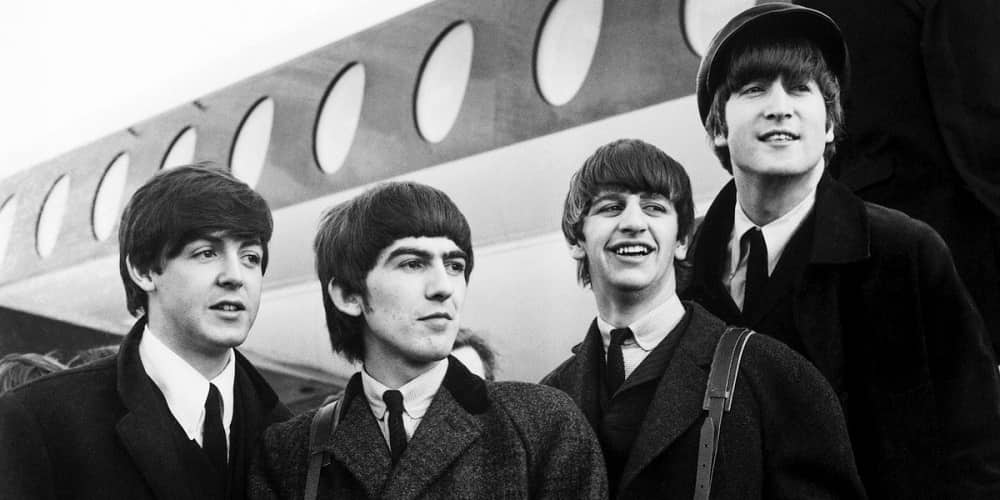 The 1960s was a period in which the whole of the western world went through major transformations that had global repercussions. They were the years of President Kennedy, the years when man set foot on the moon, the years of student protests, of opposition to the Vietnam War, the Woodstock era, the decade in which young people rebelled against old social conventions and all forms of authoritarianism, proposing new models of life, contrary to those of the consumer society.

It was precisely these changes, seeking an outlet in all the forms of expression known to man, that created something extraordinary that we are still fascinated by today and that has affected fashion, cinema, television and design. In these years Andy Warhol intrigued the world with his colourful portraits of Marilyn Monroe, it was the period of the Swinging London of the Beatles and the Rolling Stones, and the period when the Hippy culture that would explode in the following decade began to take hold. In 1961, Breakfast at Tiffany's was released, elevating a slender Audrey Hepburn to the status of fashion icon. Soon after, the sixteen-year-old Londoner Twiggie, with her ungainly posture and androgynous appearance as a rebellious girl, became the pioneer of supermodels, much more than a symbol of her era, completely changing the prototype of beauty compared to the ideal embodied by the divas of the past.

In the meantime, in Italy, in 1960 Federico Fellini's La Dolce Vita was released, the Fiat 600 became the favourite car, vinyl records made Celentano's 24000 Baci and Mina's Mille Bolle Blu fly everywhere, the Kessler twins danced the Dadaumpa and in 1964 a new toy arrived from the USA that every little girl would have had from then on: Barbie.

60s fashion: the expression of revolution

From the 1960s onwards, fashion entered a new era. The notion that fashion = elite is increasingly a thing of the past and careful manufacturing gives way to prêt-à-porter; the contamination of the arts and the search for the "new" promote liberation from the mould and encourage experimentation. The way of dressing embodied the widespread revolutionary mood and became the bearer of the new ideals of the young people at the forefront, more aggressive and decisive than in previous years: miniskirts, brightly coloured sweaters, tight shirts, geometric patterns, flashy accessories. The fashion of the '60s was the cry for freedom of a generation determined to make itself heard, and it was this generation that created its own style, inspired by the neo-cultures of cinema and music; this is how the concept of "Mix and match" began to assert itself, that is, mixing different styles in the same outfit thanks to the combination of materials, shapes and colours.

Here are the milestones of this decade: in 1965 Londoner Mary Quant revolutionized the way women dress with the invention of the miniskirt, a symbol of autonomy and independence, and chose her 17-year-old hairdresser Twiggy to embody this new ideal; Yves Saint Laurent dressed women in dinner jackets and trousers, creating a scandal, as he had done with the invention of the trapeze dress a few years earlier, and his Mondrian Collection in 1965 marked the style of the era with its essential line and colour block dresses and coats, a successful contamination of art and fashion. Paco Rabanne and Courréges broke the mould by presenting clothes in metal plates and plastic to journalists.

Everything is in the name of freedom and rebellion: from the graphic shape of the clothes decorated with geometric, optical, polka dot or striped patterns, to the accessories such as buckles, glasses and jewellery that become large and colourful, to the make-up that eliminates lipstick and enhances the eyes, reaching up to the temples to create a "doll" effect, to the hair where the pixie cut and backcombed ponytails are all the rage.

The spirit of the Sixties has also swept through Italy and some fashion designers more than others have wanted to express the dreams and hopes of this time in their creations.

The Sixties were above all the years of "Puccimania". Designer Emilio Pucci launched his first haute couture collection in 1962, featuring Swarovski crystal embroidery, and his fame spread around the world for the psychedelic patterned silk prints that became a status symbol and for the collections inspired by Pop Art and the exotic suggestions of his travels. The year 1968 marked his debut in men's fashion in collaboration with Ermenegildo Zegna.

Elio Fiorucci began to make a name for himself at the beginning of the decade when his brightly coloured waterproof shoes quickly sold out. His dream was to visit the legendary Swinging London, experience the atmosphere, meet the designers and their creations. Halfway through the decade, his trip across the Channel became a reality and he returned to Italy with the desire to bring the free and transgressive spirit of London shops to his home town of Milan. In 1967 he opened his first shop in Galleria Passarella and there he exhibited pieces by his favourite English fashion designers, such as Biba, Zandra Rhodes and Ossie Clark. The Fiorucci brand was to popularize Italian fashion and become iconic in the 1980s.

1966 was the year of Missoni's first fashion show. At Palazzo Pitti in 1967 some outfits were criticised for being too transparent, worn by models without a bra under lamé knitwear; in the following years the historic director of Vogue Diana Vreeland took Ottavio Missoni and Rosita Jelmini to New York and America was conquered by this brand. The two designers wanted to create a cheerful world, made up of unusual multicolour combinations, where there were so many tones and shades, and it was the techniques with which they put together constructions of stitches and patterns in knitwear that would make them famous, revolutionising it forever towards the end of the decade.

Valentino Clemente Ludovico Garavani, or simply Valentino, finished his apprenticeship in France and returned to Italy, and the rest is history. In 1960 he founded his own fashion house together with Giancarlo Giammetti, in 1962 he took part in the Pitti fashion shows in Florence and within a few years became the most sought-after Italian designer in the world; Valentino boutiques were opened in many countries and, at the end of the 1960s, he designed Jacqueline Kennedy's wedding dress. The luxury of his creations is universally appreciated because it combines a haute couture style with bold and extravagant touches, from macro prints to the famous "Red Valentine", the colour that is neither red nor orange and with which all the brand's fashion shows end.

To mention other famous names, in the middle of the decade a very young Karl Lagerfeld became artistic director of the Fendi maison and thus began the notoriety of this fur atelier which also began to make its way to the USA and Japan. In the same period, in 1966 to be precise, a very young Laura Biagiotti signed her prêt-à-porter collection for Schuberth.

Certain periods of history have the flavour of myth and, from time to time, the nostalgia is so strong that we look back to relive them at least a little. Perhaps no other period has remained so ingrained in the collective imagination as the Sixties because it represented so many things, too many. Designers, on the other hand, have the power to make everything they want live as if it were real, here and now, and to make even those who have not had the chance to know it fall in love with a past world. And so it is that in many of the collections presented in recent years, that overwhelming sensation of freedom, the desire for colour and rebellion as the beginning of a new life returns: on the catwalk, flared lines, very short sizes, bright colours, geometric prints, headbands and scarves, ballerinas and large glasses with multicoloured frames parade on the models' bodies. Perhaps because times change, but the man is always the same and that desire for freedom and lightness will never abandon him.