Centuripe, a village on… human scale

In Italy there are some really unique villages in the world. Some are famous for their history and some others are very special thanks to their "profile". Centuripe has both of these characteristics. But what catches the eye is undoubtedly its shape. It immediatelyely recalls resemblance to some other forms. What does it look like to you?

Centuripe is a small Sicilian hamlet of 5000 inhabitants, in the province of Enna. Observing an image taken from above it is impossible not to notice a similarity with the shape of a person lying on the back, arms and legs open. Because of its small size, it could be said it is a village on a human scale! But perceptions are always very subjective. In fact, there are those who associate the image to the shape of a starfish. In technical jargon this kind of urban plan is said "polylobate", which means that from the center of the town various branches extend in several directions; 5 in this case. In reality, the reason for this conformation is linked to the orography of the territory. That is to say that the development of the constructions follows, almost obligatorily, the natural morphology of the reliefs. 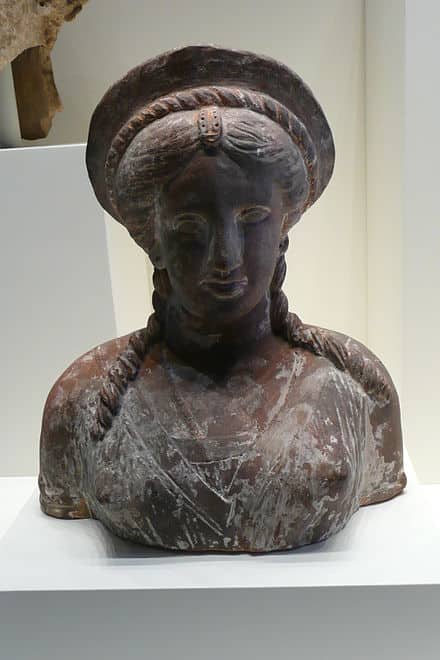 The human being frequents this area since Prehistory, but the foundation of the settlement, with the name of Kentoripa, is due to the ancient Greeks. Then the city, like all of Sicily, underwent many dominations: Romans, Arabs, Normans and finally Angevins, who destroyed it completely. It was refounded in the 16th century with the name of Centorbi, maintaining roughly the same urban plan of medieval times. In the 19th century, the City Council issued a decree to adopt officially the current name of Centuripe. Today, not only the village, but the whole surrounding area is a tourist destination, for those who love to discover its intense history stratified in its shape. 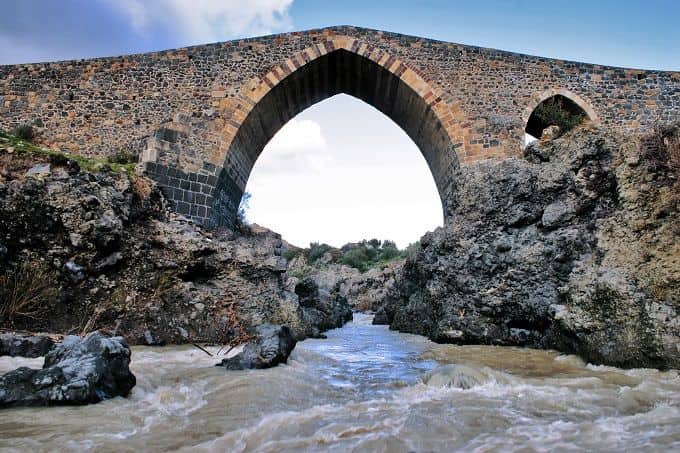 Thanks to its long and troubled history, this village is a real archaeological gem. Many of the attractions are hidden in the town itself, but the place that best tells the past is the Regional Archaeological Museum. The finds and the masterpieces of ancient art that it conserves are really spectacular. Even the surroundings are hidden treasures to discover. For example, a few kilometers from the center there are two ancient bridges: the Roman one and the Saracen one, closest to the town of Adrano. And then again the Roman Baths, in Contrada Bagni. A few kilometers further on, there is the Castle of Corradino, which in spite of its name is actually a funeral monument dating back to Imperial Roman period. From the site, which you can visit for free, you can also enjoy a wonderful view that the panorama of the plain of Catania offers.

Curiosity: the oldest “Twinning” in history 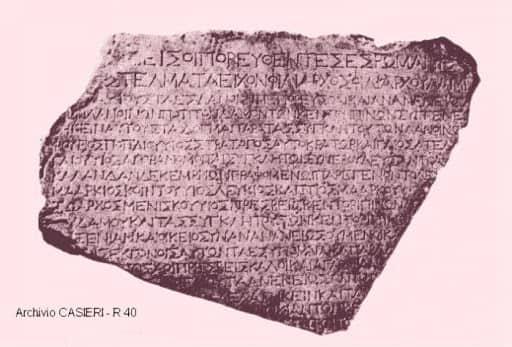 In the '60s, in a site in Contrada Crocefisso, a very special archaeological element was found. An epigraph, that is a stone slab, with an inscription in Doric (a Greek dialect). The content tells about the renewal of the relationship of "kinship" occurred in the 2nd century B.C. between the city of Centuripe and the one of Lanuvio, in Latium. According to a legend, in fact, Siculi and Latins (ancient pre-Roman peoples from Sicily and Latium) boasted the same mythical origin. They were descended directly from Aeneas, the legendary hero who fled from Troy and started Roman history. This kind of document reaffirmed a sort of "brotherhood" between the two peoples, called in latin cognatio. To date this is the oldest testimony of what we could call a “twinning”.